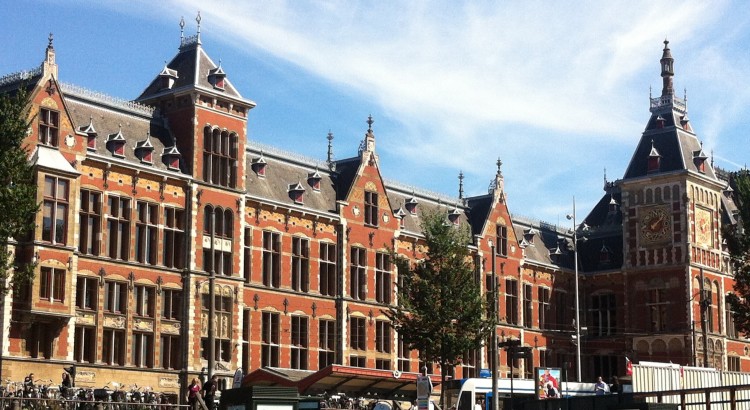 Amsterdam was a strange choice for us; given its reputation and its increasing popularity as a stag-do destination its not the kind of place we would usually visit.  There’s a lot of culture to Amsterdam, but it’s somewhat overshadowed by the red light district and the weed.  None-the-less, we wanted to take a City break  and Amsterdam was somewhere we hadn’t been, so off we went!

We found it really difficult to find a decent place to eat in Amsterdam. We love food but we’re not hugely picky, but it was tough to find somewhere that wasn’t a coffee shop or ‘coffee shop’.

In a city as cosmopolitan as Amsterdam we were expecting to be spoilt for choice, but apparently not, especially not when compared with London.  We hate going to a place more than once but we were super close to doing this here before settling for an Italian which, in all fairness, was authentic and fairly priced.

Amsterdam was one of the rare occasions that we decided to stay outside of the city centre – mainly because we got a great deal on a hotel with a spa built in. We stayed at an Inntel  hotel in Zaandam (thanks for the image). This is just a short train ride away and there are a couple of restaurants within walking distance – but it looks like a bizarre modern take on traditional Dutch architecture:

In advance, we made sure we looked up the time it would take, money it would cost and thought through the logistics of getting between Zaandam and Amsterdam. There wasn’t a huge amount we wanted to do in the city centre and getting away meant we got to visit another place.

Watch the bikes! Seriously… watch out for bikes.

The rule to remember is bike, car, tram, tram, car and BIKE. If you forget to look out for that last bike you may well get hit by one (or 5). We walked everywhere as we usually do,  but the trams are very easy and so are the buses.

Getting to and from the airport is also very easy by train so I would definitely recommend this rather than taxi, especially if you are saving your pennies for activities (or weed).

One thought on “3 days in Amsterdam”