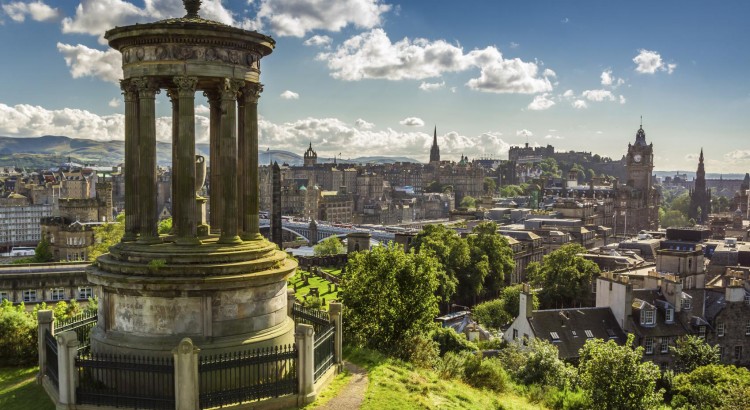 As a surprise birthday present for my 25th, Sarah booked us flights and a hotel in Edinburgh last October. It’s a lovely, albeit tiny, city with lots to see and do, regardless of your age or taste. We spent 3 nights and 4 whole days exploring the city, which was a perfect amount of time to see everything we wanted.

Don’t worry too much about location when choosing your accommodation in Edinburgh, it’s easy enough to get around the city. Depending on your taste you’ll just need to decide whether you want to stay in the Old Town or the New Town. There’s a huge choice of B&Bs, boutique hotels and large chains to choose from. 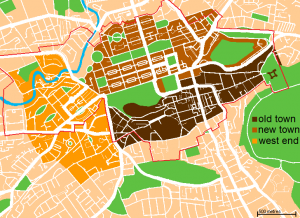 Our first hotel was the Ballantrae Albany Boutique Hotel in New Town, which was great. It consists of four listed town houses converted into one large complex. It has large ceilings, modern décor and a really relaxed atmosphere.

On our final day in Edinburgh our flight was cancelled. After some tense phone calls with EasyJet the airline agreed to put us up in The Apex International in the Old Town.

It wouldn’t have been our first choice as a large chain but it had great views of the Castle and was just across the road from our favourite pub (The Last Drop on Grassmarket, named for the gallows that used to be housed nearby). 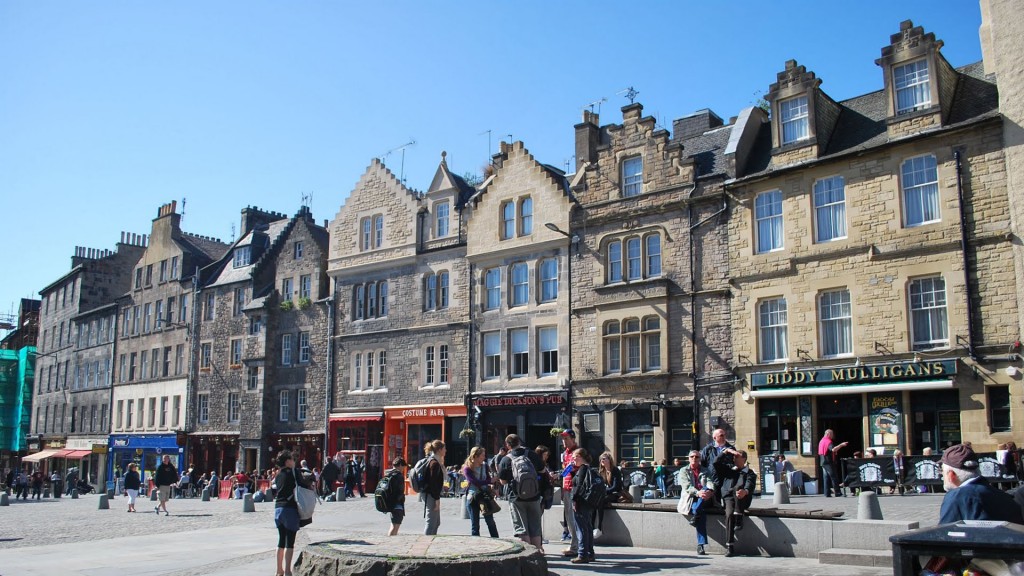 The atmosphere and sense of belonging in Edinburgh is incredible. Despite being a city it always feels quiet and there is a never the same claustrophobic feeling you get in many other European cities. Just pop along to any of the traditional pubs in the Old Town (most of which play live music every weekend) to see exactly what I mean.

That’s not to say that the New Town doesn’t also offer the relaxed, café (pub) culture you find in older parts of the city. Rose Street is a pedestrian-friendly strip with pubs and eateries spanning it’s length. Running parallel to Rose Street is George Street which – if you take the word of a local cabbie – presents an almost-impossible pub-crawl.

Both George Street and Rose Street are located in the middle of the New Town, between Queen Street Gardens and the National Portrait Gallery. Like everything else in Edinburgh, really easy to find! 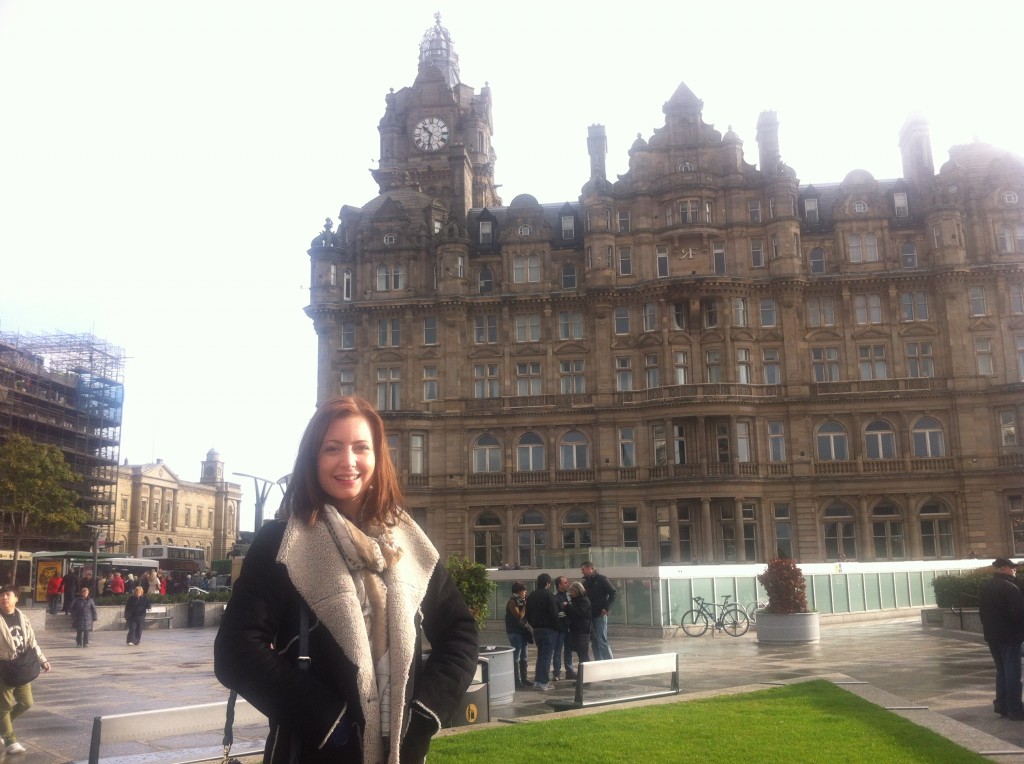 One of the most memorable things about Edinburgh is the contrast between the old and the new, the traditional sandstone alongside modern glass complexes. A perfect example is the über modern Razzos Coffee pavilion, placed in the middle of the 18th Century St Andrew’s Square, adjacent to the Melville monument (reminiscent of our own Nelson’s column).

Sarah loves a map – so we need one in every city we visit – but it’s so difficult to find a tourist map in Edinburgh! After searching in every souvenir shop we finally hunted one down and with a bird’s eye view of the city we realised why… the city is tiny. Beautiful, but tiny. 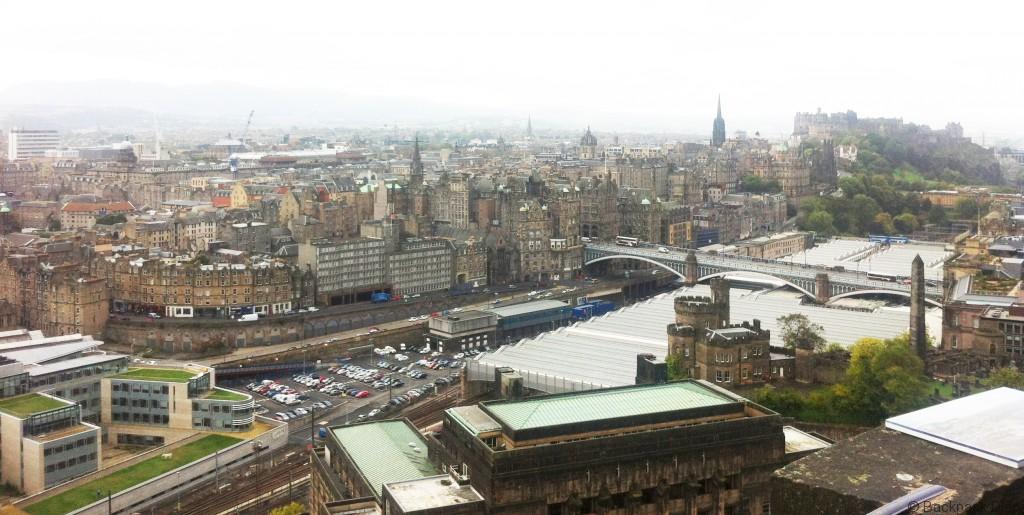 After three full days roaming the city you will have walked past everything 10 times. This isn’t a complaint though, it’s by far one of my favourite cities, in no small part because it’s so easily navigable. You won’t need to plan much to do before you arrive. We had a couple of things in mind but my advice would be to spend a morning wondering around, get your bearings and make your own plans.

Here are couple of things we would recommend:

The Royal Mile - This is the name given to the ‘Scot’s Mile’ which is a succession of streets running between Holyrood Palace and Edinburgh Castle. The architecture is incredible and there are some great tea rooms (and lots of tourists).

Rose Street – This long (almost) pedestrianised street has loads of choices for food and drink. I would recommend The Black Cat for good beer, cheap food and friendly staff.

Edinburgh Castle – You could spend hours roaming the grounds and studying the various exhibitions, but the best part for us was the view of the city.

The Grassmarket –  Down one particular cobbled road there were dozens of traditional pubs to choose from. We couldn’t choose one, so we did ½ pint in each one in our own DIY pub crawl.

“The Real Mary King’s Close is buried deep beneath Edinburgh’s Royal Mile. The city’s deepest secret; a warren of hidden streets that has remained frozen in time since the 17th Century. There is nowhere in the world quite like Mary King’s Close” Visit the website

Calton Hill – You should definitely take the short walk from Prince’s Street  to Calton Hill and visit the National Monument.  While you’re there climb the many (many) stairs to the top of the Nelson Monument. 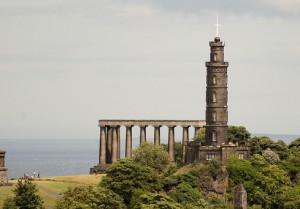 This was really cheap (about £4, the same price as a pint!), offered a great view of the city and there is even an actual piece of HMS Victory. Be warned though, it’s super windy up there!

That’s not all Calton hill has to offer either; there’s also The Dugald Stewart Monument, The old Royal High School, The Robert Burns Monument, The Political Martyrs’ Monument and the City Observatory.

(Thanks to waimhcongress.org for the fantastic header image)

3 thoughts on “3 days in Edinburgh”