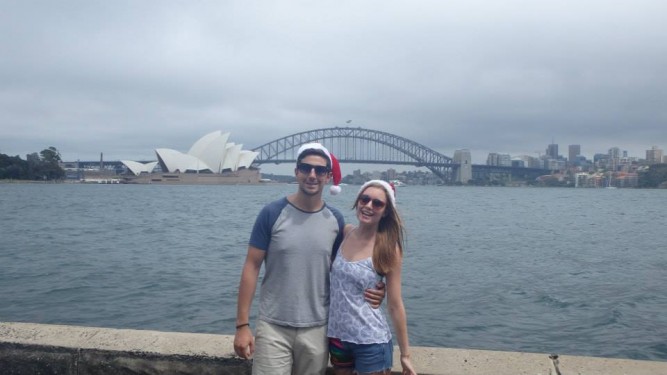 As we get nearer to Christmas, it’s easy to reflect on all that’s happened in 2016 and get a little bit down about the state of things. That’s why I found it quite refreshing when saw on a couple of FB groups threads from seasoned travellers who have experienced a random act of kindness they’ve experienced whilst on the road.

It’s important to remember the little things, particularly after the last year, and especially at Christmas time.  Enjoy!

“While walking the Camino de Santiago through Spain, I was robbed in Malaga. I made my way to a pilgrim’s hostel and explained what had happened. They called every hostel along the Via de la Plata route and I was able to sleep for free. Other pilgrims shared their food with me. I made it to Madrid after two weeks of walking without money. At the airport, I asked everyone for €1 and could buy a ticket home.”

“I was once stranded in a village in Indonesia where the only ATM didn’t take my card. I sat down on a bench next to the ATM, thinking what I was going to do because I didn’t have enough cash on me for either the boat or the bus to a bigger town. A man walked out of the bank and asked me if I was okay. I told him the story, and he gave me double the amount of money I needed to get the boat despite my protests, and took me out for a cup of tea on top of that as well.

And special thanks to all the people in Chinese train or bus stations who saw me there standing lost with all the Chinese characters and helped me out buying tickets and getting to the right platform and such. I wouldn’t have gotten anywhere in China without them.”

“I ran out of gas in the middle of nowhere in the north of Vietnam. Furious with my stupidity, I pushed the bike into the direction where I thought the next town would be. Not even five minutes passed when a Vietnamese guy stopped with his scooter, asking what the problem was. After some explanation, he asked his wife to wait in the scorching sun and took me to the next garage, where the mechanic filled an empty coke bottle with some gas – for free. The guy brought me back to my bike where I filled up the gas and could head off to the next gas station. This country is full of random acts of kindness thanks to its amazing people.”

“I was on a trip from Portugal to Gibraltar, and my driver dropped me in Seville where I thought I could find some cheap accommodation. When I got there, I realised I had lost my phone charger, and my battery was dead. I went into a local kebab shop, ordered a meal and asked the guy if I could charge my phone. Meanwhile, I went out for smoke and another guy who was also waiting for his order joined as well. After some small talk, I explained my situation. He ended up inviting me to stay overnight at his place for free despite knowing me for 5 minutes only. Saved me a good €30 and 3-4 hours of hassle.”

“There are too many of them to share just one! Like in Mexico, a truck driver picked us up in the desert, took us to his family’s house on the other side of the country where his mother cooked up chilli rellenos while we showered. Then there was ice cream and candy. The next morning after giving us a comfortable bed to sleep for the night, he dropped us off at the Greyhound and bought us tickets to our final destination, and he insisted! His daughter oddly grew up on the street near mine as a kid. Small world! The kindness of people.”

“After a few nights spent on the streets while hitch-hiking, I was picked up by a guy in Poland. He not only drove me to Warsaw, but offered me a bed in his home for the night. I was introduced to his wife and children, fed and watered, and given a chance to take a much coveted shower! The next morning, they gave me a snack for the road and drove me to the outskirts of the city so I could hitch-hike further from there. It was incredible.

On another occasion, a Latvian guy who picked me up in Poland, offered to go with him to an open-air music festival in Switzerland. The ticket cost €140, but I only had around €60-70 with me and no plans to go there. So, he bought my ticket and drove the whole way there!”

“My girlfriend and one of her sisters both have a genetic disorder and use a wheelchair. A year ago we were in Morocco walking around, and one of their wheelchairs lost a front wheel. A couple of young men were working on repairing the street right by where it happened, and they came over, helped us find the wheel, and used their tools and a piece of metal from one of their bikes to fix it. They didn’t speak a word of English, so the whole thing was done on signs and hugs at the end.”

“En route to the airport in Tokyo, I accidently left a bag on the train. It had my brand-new GoPro and Ray-Ban glasses in it! I was told at the airport that the bag whad been found, but someone would have to personally pick it up that same day. We had absolutely no time, since our flight departed in two hours. Our AirBnB host, who we had never met, took a train from Tokyo to get it and mailed the package to us. Everything was still in the bag. I am so grateful and happy to come across such a great person.”

“I made it to a town in Chile to catch a train to my next stop only to discover the route was new and wouldn’t begin until after the New Year. Oops. I headed through crowded streets toward the bus station when a man approached me, very concerned, asking what I was looking for. I explained in very basic, halting Spanish my situation and he guided me to the bus station.

We found out that the next available bus was 12 hours later, and this kind stranger insisted on staying with me for six hours until I finally convinced him I would be fine. Never once did I feel scared or worried about him. It was very clear he only wanted to help. I tried to imagine any American willing to take six-plus hours out of their day at the drop of a hat to help a stranger, and I couldn’t see it happening. I got on my bus and made it to my next stop thanks to a helpful local who asked for nothing in return.”

I don’t know about you, but these stories want to make me get back on the road in search of some winter sun!

The above stories about random acts of kindness were collected from travellers from NOMADS – a life of cheap/free travel; Girls LOVE Travel, Travel Bloggers Network Facebook groups.

2 thoughts on “Random Acts of Kindness While On the Road” 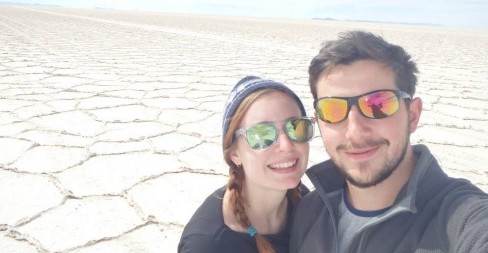