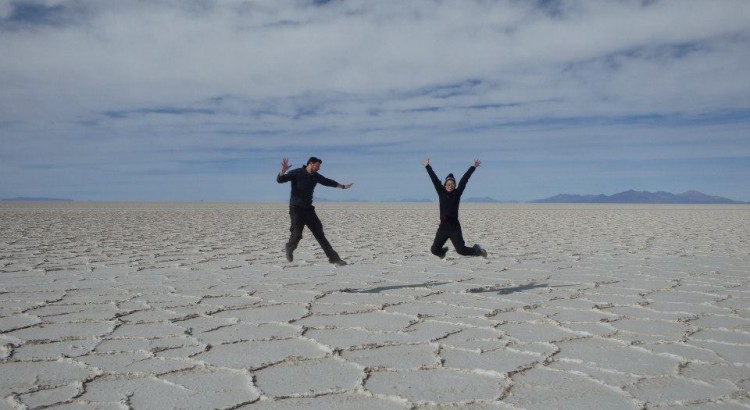 Salar de Uyuni, or the Bolivian salt flats, is just one of the staggering sights we encountered during our 3 day trip through the deserts and mountains when entering Bolivia. Arguably one of the most beautiful sights of the trip, but undoubtedly the most iconic.

At over 10,500 square kilometres (5,000+ miles) Salar de Uyuni is the world’s largest salt flat. It sits at an elevation of nearly 3,700m above sea level, in the Potosi region of Bolivia, near the crest of the Andes. 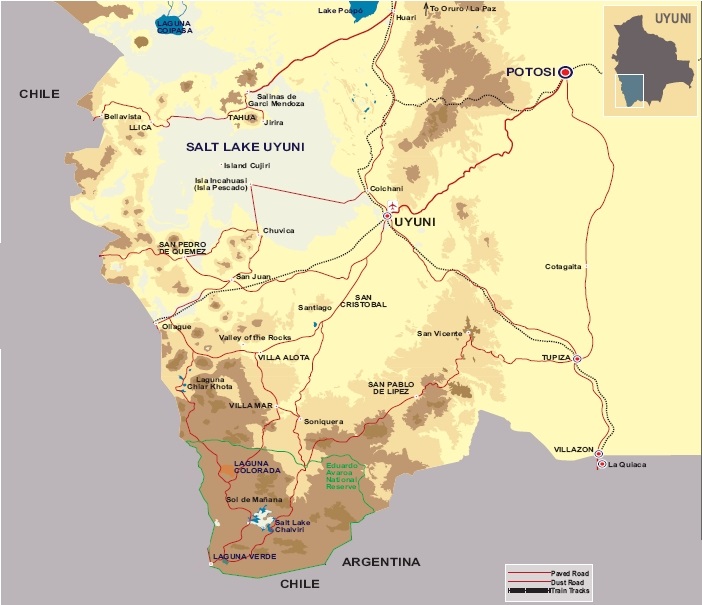 In the wet season, the flats are covered with a thin film of water which, although shallow enough to remain drivable, adds an almost ghostly reflection of the sky (check some incredible pictures of the wet season here).

We visited during the dry season, which means that the ground was a never-ending sea of octagonal(ish) salt structures, usually peppered with budding photographers trying to take pictures using perspective trickery (harder than it looks!): 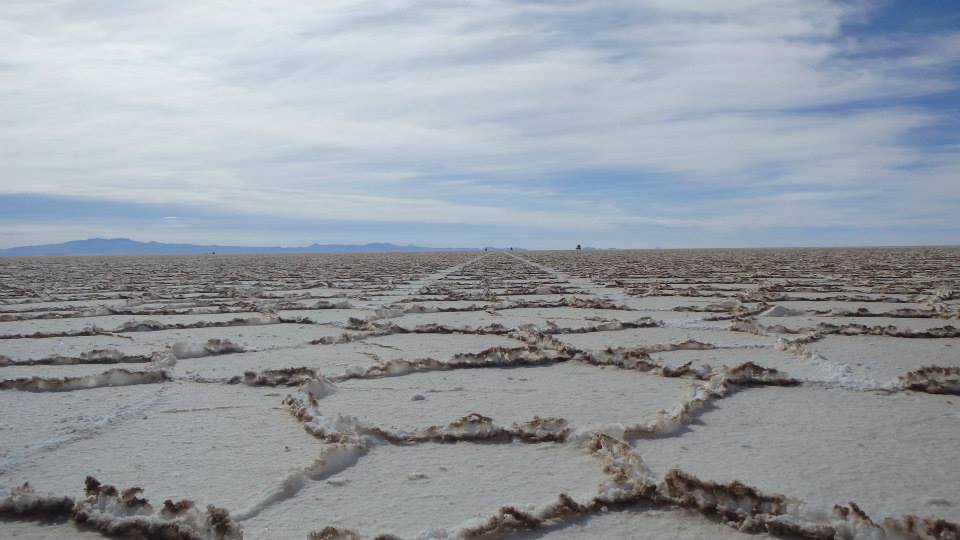 A Word of Warning

The evening following our trip to the salt flats I found myself more or less bed-ridden with a splitting headache. Obviously this was due to the blinding sun in the desert bouncing back from the ground and into my eyes. In Wikitravel’s article on the salt flats, under the “what to bring” section, they say this: “Sunglasses – The salt flats are blinding.”

Sarah and I are pretty cautious travellers, so before the trip we took special care to pop out and buy some mirrored sunglasses: 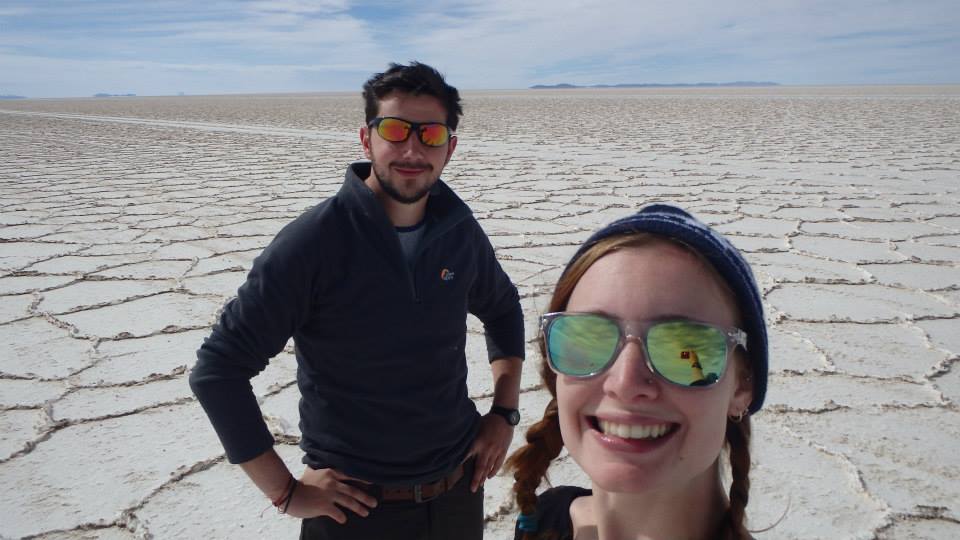 Whilst on that trip I learnt a couple of things about sunglasses (cheap sunglasses in particular):

For the first few months after the salt flats I couldn’t go outside without wearing a pair of sunglasses, regardless of the weather, because the light gave me migraines.  Even fluorescent lighting in shops or offices gave me a bad head and a pain behind my eyes – not ideal!

It’s almost one year since our visit to the Uyuni salt flats – how time flies! – but I still have intermittent problems with my vision.  Sarah and I now live in Scotland where we seldom see the sunlight, which has just about given my eyes time to recover, but none-the-less I still have to be extremely careful on any bright days. Looking foolish and wearing sunglasses in the rain is a small price to pay to keep the migraines at bay!

Maui Jim to the Rescue

A couple of friends of mine (Alastair and William Peake of Twin Peakes Media) recommended that I may want to check out sunglasses made by Maui Jim; apparently they’re some of the best available in terms of UV protection.  Those guys are fishermen and spend a lot of time squinting at light reflecting off of water so I can safely assume that they know what they’re talking about.

I got in touch with Maui Jim and, I’m delighted to say, they were kind enough to send me a pair when they heard about what happened to me on the salt flats. I thought the least I could do in return was write a little about the glasses:

These are the McGregor point glasses, and they are stunning. Stylish enough to be my every day pair but at least I can be confident that I’m not damaging my eyes any further every time I go outside:

In every pair of Maui Jims you’ll find our patented, color-infused lens technology that wipes out 99.9% of glare, 100% harmful UV and boosts color via specially designed lens treatments.

So here’s my advice for anyone visiting the Uyuni salt flats… get a decent pair of sunglasses, and keep them on!

3 thoughts on “Look After Your Eyes! A Cautionary Tale from the Bolivian Salt Flats”