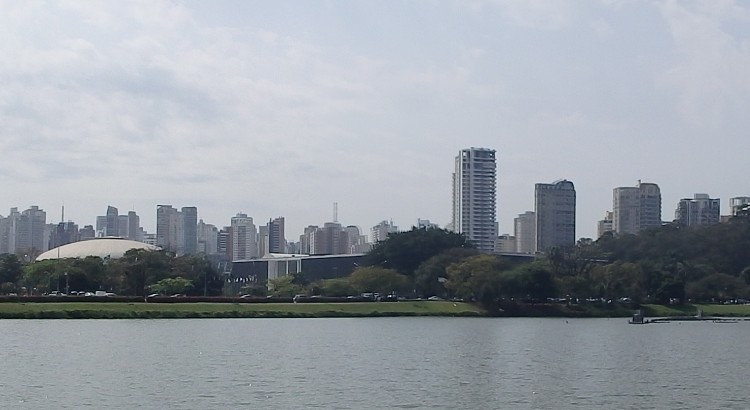 On our 11hr evening flight to São Paulo from London, I think we were the only 2 people who didn’t sleep our way through it. Perhaps it was the nerves and excitement as this is the first day of our 8 month trip, but we better get used to sleeping on the move if we want any rest!

We landed in São Paulo at 5am and after picking up our bags (thanks to the man who told us that rucksacks are delivered separately to the rest of the luggage, as we anxiously waited by the carousel wondering how they could have got lost already) we headed to arrivals wondering where to start.

After a freshen up we tried to find out how to get the bus into the city centre. None of the bus stops had names, bus numbers or destinations so we went to the information desk in the airport. The lady didn’t understand my ‘bus to el centro’ chat nor did she know what I meant when I pointed to where we wanted to go on a map. You would think most people would need to get to the city from the airport and that there would be signs everywhere, but apparently not.

We eventually found a bus and headed to the city. When we got to the city we grabbed a metro to our hostel. By this point it was rush hour and it was HELL. Imagine the central line at Oxford a Circus with severe delays and wearing a huge backpack…that was us. We were pushed and at one point I was being strangled by my own backpack. We eventually made it to our hostel and the whole thing took us 5 hours! This place is huuuuge.

We put our bags in the lockers until check in, picked up a map (obviously) from the hostel reception and decided to go to Ibirapuera Park. We walked the two miles down a posh avenue full of doctors surgeries. We later found out that this area of the city is not allowed to be built up and every building can only be two stories tall. This made a huge change to the rest of the city which is full of skyscrapers and building work.

Before we entered the park we came across a large statue. This was built to commemorate when the area was founded by the Portuguese. 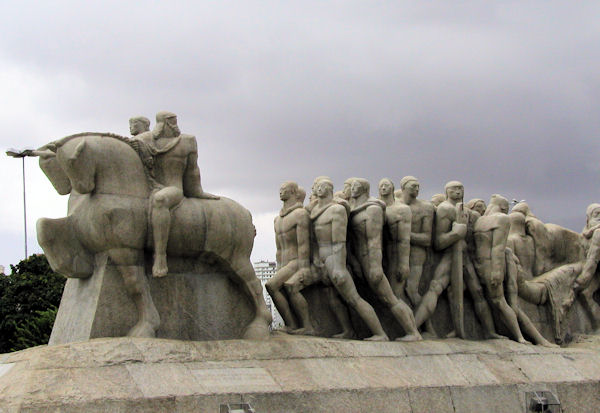 Entering the park we couldn’t believe how vast it was and such a comparison from the rest of the city which is built up so densely. There is so much flora and fauna and a real sense of peace. We spent a long time here exploring all the artwork and bird life.

In the evening we went to a Brazilian tapas (pico) restaurant. As we were so tired we tried to leave it as late as possible to eat dinner but we were still the first people in the restaurant! Although lacking in atmosphere, the food was fantastic and really cheap.

Our first night in a hostel. Considering it was a 12 person room it really wasn’t that bad. People come and go all night but as we went to bed early we had got into a deep sleep while most people were coming to bed. It was weird sharing a bunk with Pad rather than cuddling but we will get used to that. My shower in the morning wasn’t the most relaxing but it certainly was refreshing. I think I have eased into hostel life well enough for now…I’m sure there will be some shockers but this one was pleasant. 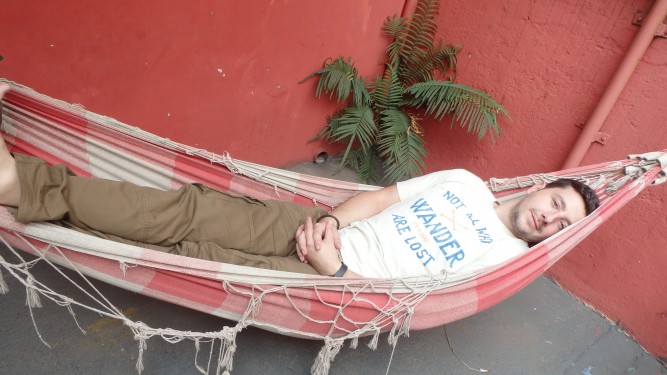 On day 2 we headed into the city centre and went to MASP. We thought we should do something cultural and a ‘must see’. In all honesty, I don’t think we would have lost much sleep if we hadn’t have gone but there are some impressive names and collections in the galleries (Manet, Monet, Rembrandt and Picasso to name a few). After the museum we headed to Sao Bento, the central part of the city. We came here to visit the Municipal Market- a lively hub of stalls and restaurants where many people just grab a beer and meet friends or sample the local produce. 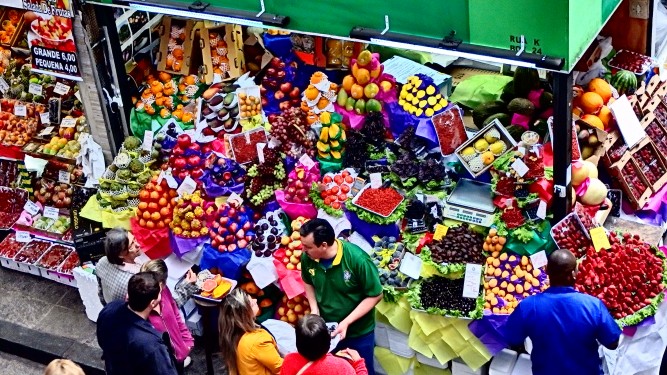 We wandered around and had a few samples (not as many as we would have liked) and settled on a place to eat. How much meat can you fit in a sandwich…this is how much! 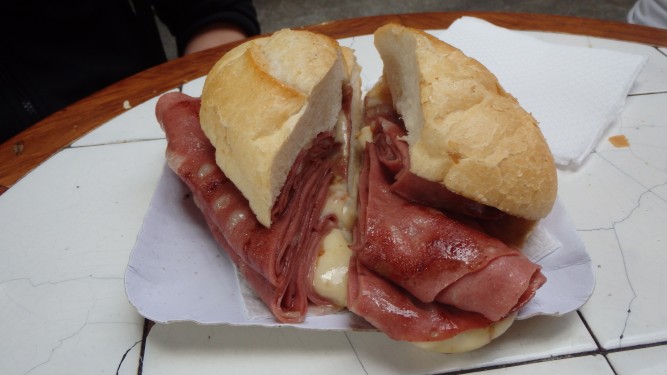 After, we went to meet our tour guide for the afternoon. My work colleague, Eduardo, has been living in the city for many years and picked us up in his armour plated Land Rover (apparently hijackings in SP are quite common) and took us on a tour of the business districts. This was great because we wouldn’t have had a chance to do this in the time we had. We saw some fantastic architecture and were filled with facts and knowledge about the city as we drove along. 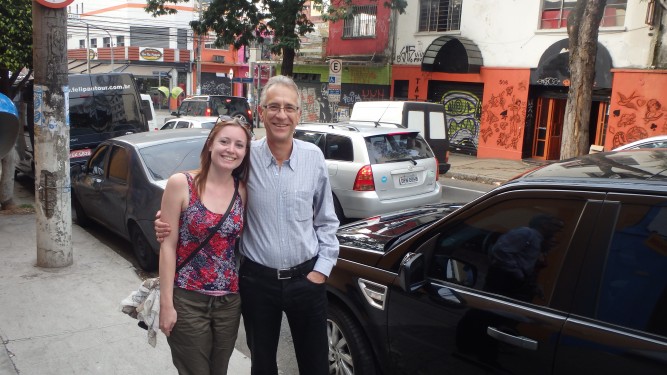 We ended our visit by having dinner in Vila Madelena, the bohemian neighbourhood booming with bars and quirky restaurants. Some people will tell you that it’s not a safe area to wander around after dark, but we found that – excluding a couple of dark alleys with some colourful characters hanging around – it was pretty much ok.