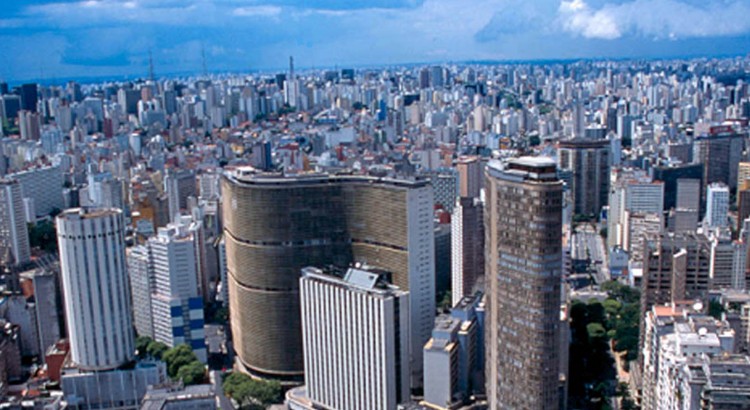 Whilst exploring the city we found a number of architectural wonders that make it unique, hidden amongst the standard tower blocks which fill the city’s skyline:

There aren’t many places where you can find a decent view of the bridge on foot, but if you have the chance to drive on or near the bridge it’s quite impressive to look at.

Officially called Pátio Victor Malzoni, as a homage to the late patriarch of the Malzoni family, the office building looks like a giant table: Two 19-story towers sandwich an 11-story section suspended in the air between them on a 19.7-foot-thick support of concrete and metal.

São Paulo-based architects Botti Rubin designed the unusually shaped building to bridge the ruins of an 18th century pioneer home which the authorities demanded was preserved. The building, called Casa Bandeirista, was rebuilt as part of the planning permission process. It sits beneath the giant glass structure, with its red tiled roof and white-washed plaster walls creating a stark contrast in the old and the new.

The new building houses some if the most expensive office space in world, on par with downtown Manhatton, New York, but this hasn’t stopped Google from renting the lions’ share of the floor space. The building includes special dog-hair-resistant air-conditioning filters so Google employees can bring their pets to work, as well as a climbing wall and an indoor climbing tree! 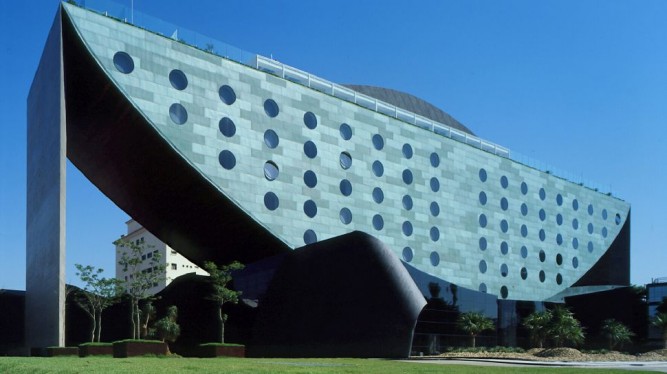 The name speaks for itself. The Brazilian architect Ruy Ohtake designed the 95-room hotel to look like the hull of a ship, with porthole windows and a blue interior. It is nicknamed the watermelon by locals because of its crescent shape… it is definitely out of the ordinary! If we felt like really splashing out we would have definitely gone to the Skye bar at the top for a view of the city and a cocktail or three.

Look to the sky in São Paulo and it is more than likely that you will see something flying overhead. There are almost 450 helicopters in the city, second only to New York. There are up to 500 flights a day and 140 heliports. Just look up at the skyscrapers to see helipads sitting on top of almost every commercial building.

This isn’t really a surprising fact considering how vast the city is, as it saves businessmen hours stuck in traffic and congestion as they can just cruise overhead. The only problem is safety, as there is an increasing risk of helicopters colliding due to the sheer amount of them (around 300 heli-licenses are applied for annually in the State).

The number of construction sites and the architecture in itself is proof of how well the city is doing economically and you definitely get the sense of being in a business hub that is developing at a huge rate.