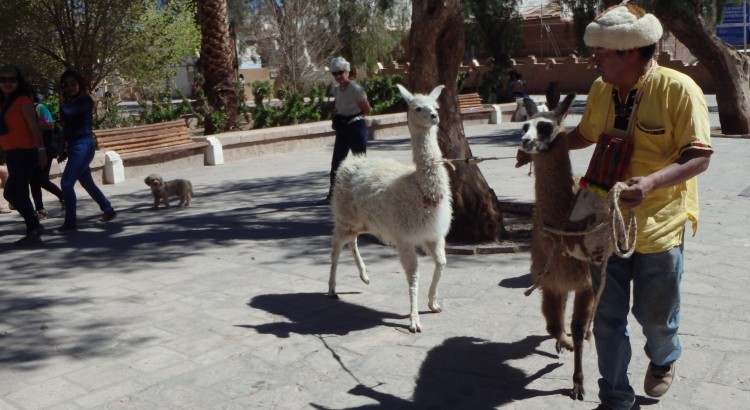 The first time we tried llama meat was in a restaurant in San Pedro de Atacama which actually specialises in llama. We’d had a hard day trekking up Valle de la Luna (Moon Valley) in the Atacama Desert so we figured we deserved a treat.

Sarah ordered a local chicken dish and I went for a good ol’ fashioned llama burger: 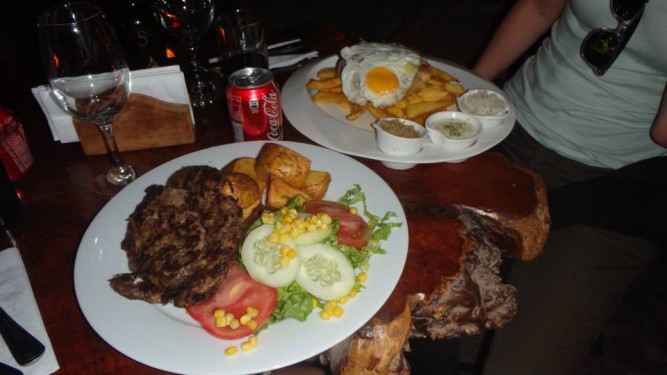 A day later we were lucky enough to try llama again; this time a llama kebab cooked on a barbeque in the native-Chilean village of Machuca: 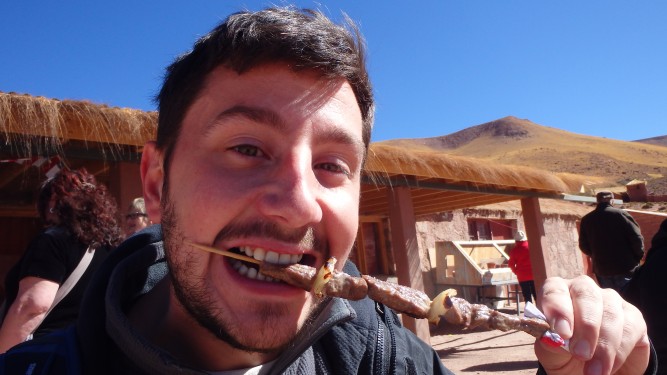 It tastes a lot like beef with a hint of lamb, but really succulent. It’s pretty close to one of my favourite meats… highly recommended!