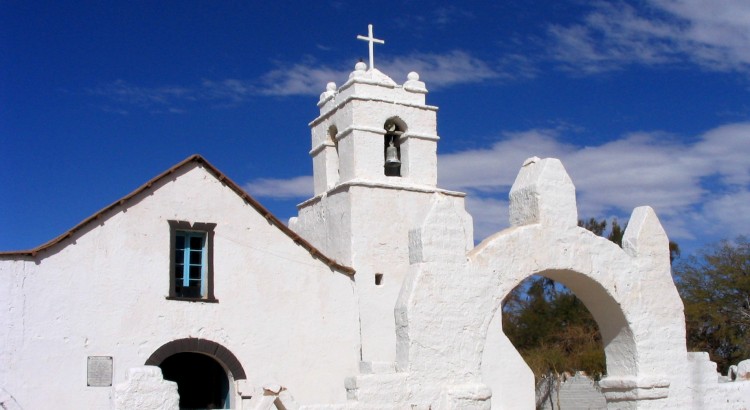 San Pedro de Atacama is a Chilean town which lies at an average of 2,400m above sea level. Although we would soon be much higher in Bolivia, this was our first time at this altitude which made everyday tasks a bit of a chore!

San Pedro is used as a base for tourists wanting to go on day tours of the surrounding desert and to visit native ruins to learn about pre-Colombian cultures. It is also a very common stepping-stone into Bolivia.

We had originally planned (I’m saying this phrase a lot!) to get to San Pedro from Santiago by traveling up the coast of Chile stopping off at seaside towns and spending a night or two in Antofagasta.

We spent a while researching the buses and the stopping points and most importantly the weather. It wasn’t going to be hot or even warm in the coastal towns and apart from the beach and a walk in the limited towns, there would be nothing to do. So in cold weather it seemed silly to go to places where we wouldn’t be able to do anything.

We looked at going straight to San Pedro and were surprised that it was only a 24 hour trip. We decided to go for it and took the 11am to 11am journey, arriving from cloudy Santiago into the boiling hot desert. 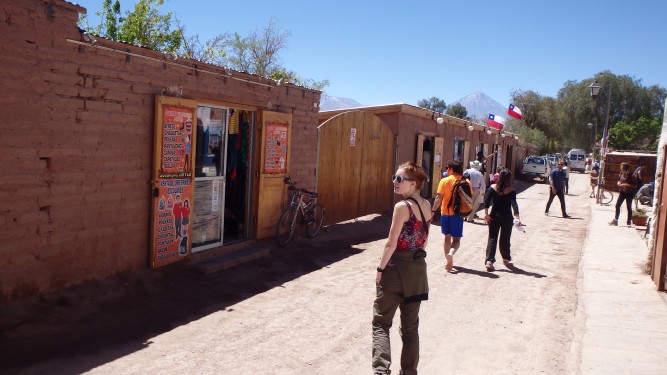 We walked a few blocks to our hostel, which we thought would be impossible to find, but it was surprisingly easy, especially when fuelled by the excitement of being in such a remote town.

The town itself consists of a main square and one high street with restaurants, tour operators, money exchange and souvenir shops. This doesn’t make it sound too appealing but walking around was unlike anywhere we have ever been before. If you can look past the backpackers and tourists, it has the feel of a frontier town in the Old West (which is quite apt, as locals call the Chile/Bolivia border over the hill ‘La Frontera Grande’). 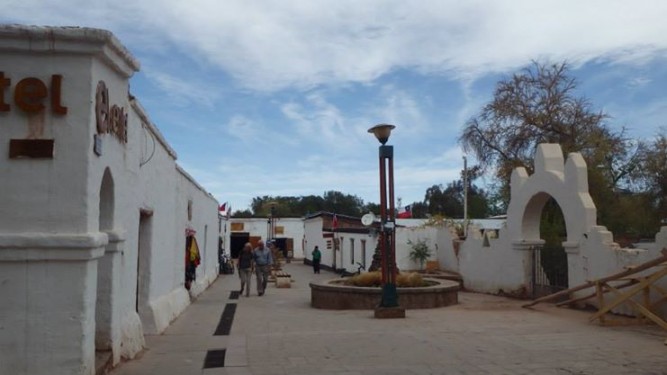 There’s quite a large number of cafés and restaurants to choose from, most of which have llama meat on the menu if you’re feeling adventurous.

There are three cash machines in San Pedro, so getting your hands on cash should be easy, right? Not quite. In Chile, most cash machines run out of money over the weekends, even in the cities.

In San Pedro, many places don’t accept card and those that do often offer discounts for cash payments. As a result, the cash machines in San Pedro always have a queue. While we were visiting, the cash machine in the town’s bank ran out of money by Tuesday! The other two (each in a different pharmacy) limited withdrawals to 20,000 Chilean Passos / 20 GBP, before running out of cash entirely shortly afterwards.

If you’re able, bring enough cash with you!

Things to do in San Pedro de Atacama

Check out the stars

San Pedro is one of the best places in the World to check out the night sky. There are a number of tour agencies in the town who’ll take you on a star-gazing outing, but it’s just as easy (if you’re on a budget) to take yourself away from the street lights and enjoy the breathtaking view of the stars and even the Milky Way!

It’s easy to rent a bike in San Pedro and it only costs around £6 a day. Most of the internet cafés offer bike rental (for some strange reason) so there’s plenty to choose from. If you don’t mind the breathlessness bought on by the altitude, cycling offers access to some great landscapes just outside of the town which would be out of reach on foot.

As well as being the gateway to Bolivia, San Pedro offers easy access to some incredible landscapes within the Los Flamencos National Park.

Whilst some travellers arrive in San Pedro and head straight off on the 3 day trip to Uyuni, many more stay a while to take advantage of the organised tours.

The tours, regardless of tour company, begin at 4:30am and 4:00pm, meaning that you can fit two tours into a (very long) day. If you can deal with a busy few days, you can get all of the tours done in 3 days for about £150. No need to book before you arrive; the high street is filled with tour operators offering tours every day.

We used Latchir (who were very good, ask for Nikko!) to go on the following tours, which seemed to be some of the most popular tours available:

Posts on all of the above coming soon!

If you’re heading North into Bolivia, San Pedro is a great starting point. There are a number of tour operators offering a 3 day tour through the Bolivian mountains and salt flats, eventually ending up in Uyuni, Bolivia. We made this trip with Cordillera Traveller and it was a fantastic experience: San Pedro to Uyuni. 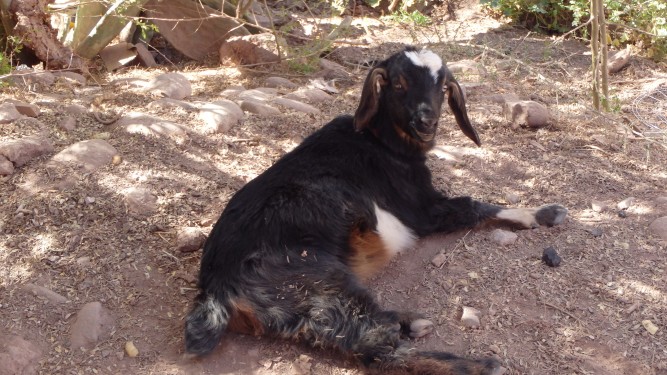 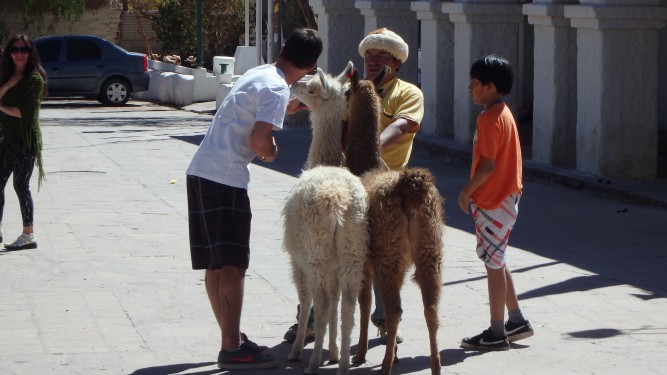