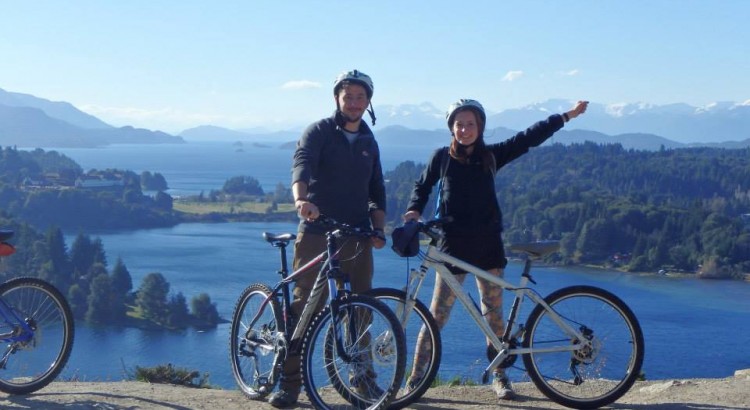 We had heard very good things about cycling the Chico Circuit, a 26km route through the National Park in Bariloche. Having said this, I have never done a proper cycle before and felt very nervous.

We turned up at the bike rental place hoping that we could only do 2/3 of the route, leaving our bikes before the slightly dangerous part of the route and getting a bus back to town. The lady in tourist information had told us this was possible but on arrival at the bike hire store we were told this is only possible in high season.

I guess it wouldn’t be worth them driving vans to and from different bike collection points if they only had a couple of people cycling the route.

Paddy wasn’t convinced that we could complete the entire 26km, but this made me want to do it more. The man said you can do the whole route in 3 hours and as we had 6 hours we figured even if we couldn’t cycle it all we would be able to walk it back in time. So, after bargaining with the man, we got given our bikes, signed some contracts and were on our way.

We had a very basic map but the circuit is pretty much one road and you can’t go wrong. The ‘slightly dangerous’ part of the route was the first 6km and I was pretty glad to get it out of the way first. The only reason why it is deemed dangerous is because it is on a main road so there are lots of cars and buses going past, but the majority of it has a dirt track on the side which can be used as a cycle lane. We also used the road quite a lot as there wasn’t that much traffic and it was easier to cycle on.

We were almost at the end of the first 6km and heading swiftly towards the first viewpoint and restpoint when a snap came from Paddy’s bike.

At first we thought the chain had just come off but in fact, it had snapped! Oh dear.

We pulled over and Paddy attempted to fix it, quite difficult without any tools. He attempted to use a rock to smash to two bits back together whilst I held the chain and at one point even used his teeth! Yuck. After several whacks with the stone and lots of greasy hands later it looked like it had worked.

We set off again and were well on our way. However, 10 minutes and one gear change later and the whole thing fell apart. It wasn’t going to hold. We decided our best option would be for Paddy to cycle back on my bike and for me to wait there.

Several things were going through my mind, like… what if the man gave us a dodgey bike on purpose (payback for the money we got knocked off)? What if he was going to charge us? What if he doesn’t have a car to bring a new bike?

45 minutes later I was still watching out for every truck that went by to see if it was them.  Then a tiny car pulls over in front of me…it’s the man with a bike…but no Paddy! 30 seconds later I see Paddy cycling towards me sweating his heart out.

Luckily the man had been very apologetic and got a new bike immediately, unluckily he had the smallest car in the world which couldn’t fit Paddy in so he had to do an extra 10km on top of the 25km we had already planned to do that day!

Although we had got off to a bad start we were still pretty lucky that we weren’t injured, it wasn’t raining and we now had working bikes and could get on our way.

From here on it was absolutely fantastic, but definitely really tough! Every steep climb was rewarded with  a long speed down and we were having a fantastic time. 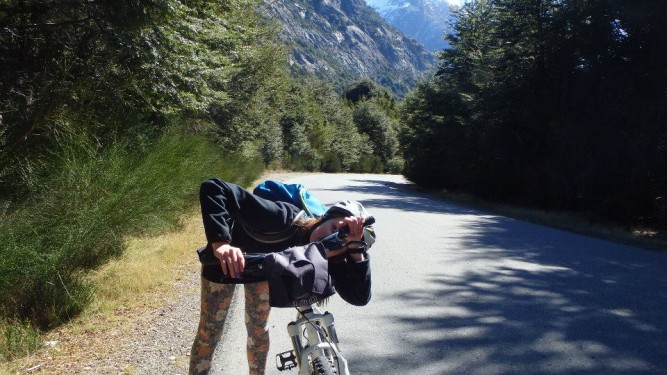 The halfway point is Bahia Lopez. I was so happy to get to this bridge!

It’s a beautiful point to rest and have some lunch on the little beach by the side of the lake. The views of the snowy mountains in the background are really special.

We continued on once fuelled up, as we wanted to get to the cafe (the only place that sells drinks on the whole circuit). Stupidly, we hadn’t got anything to drink and I needed some sugar. I kept thinking how much easier it would have been if we had water and Gatorade but we thought we would come across a shop and never did.

We kept stopping to take pictures of the views but by this point were feeling really confident and enjoying it so were doing some serious cycling – who would have thought I would be doing this, not me!

We got to the cafe and downed our delicious sugary drinks and had a rest. Unfortunately they only had a portaloo with no toilet paper but apart from that it was great. 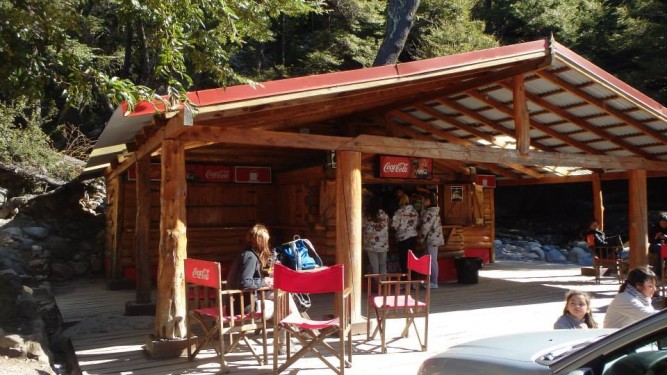 We continued on and stopped at a local beer brewery where we were told from our bike hire company we could get free samples. We tried the three different ales and picked our favourite to share a pint (being careful not to get too tiddly for the rest of the circuit!)

Fortunately my Spanish was coming in handy and the kind man showed us the brewery where they were boiling the water to prepare for a large brew the following day. 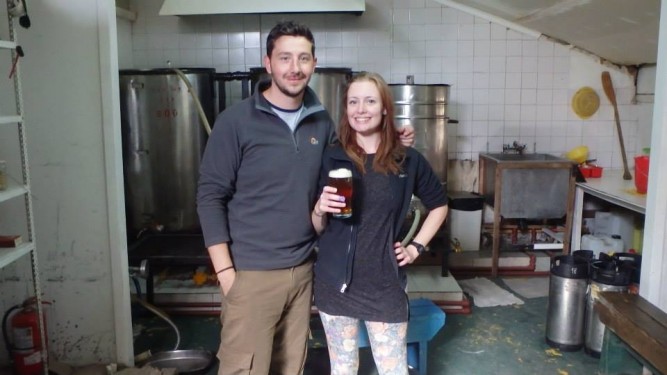 We only had 1 more kilometre to the view point so we persevered up a large hill overtaking people pushing their bikes up (which was really satisfying) and got to the panoramic point.

Wow, wow, wow it was so incredible and made me feel like I had really accomplished something in getting there. 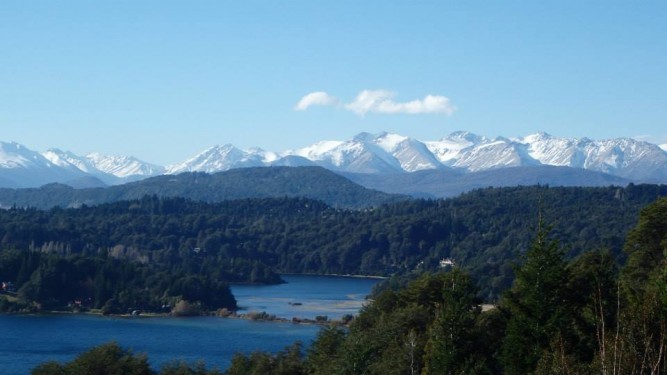 After spending a while admiring our surroundings we finished the last few kilometres and made it back at the hire shop where we were treated to an artisan chocolate each as an apology for the broken bike.

I can thoroughly recommend the route and it was one of our favourite days so far. Needless to say we took plenty of ibuprofen and had a good sleep when we got home!