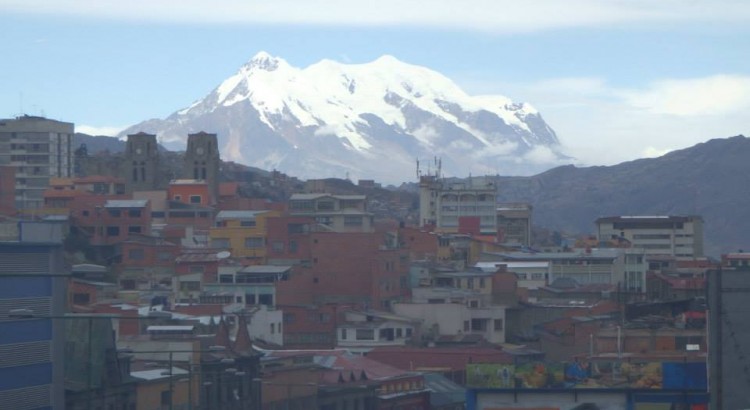 La Paz (The Peace) is the highest capital city in the World and has a population of around 835,000, living at an average height of 3660m above sea level. It is the political and commercial hub of Bolivia and many people think that La Paz is the capital, with its manic bustle and offbeat, cosmopolitan feel luring many more travellers than the official capital (Sucre).

We arrived in La Paz after a 12 hour bus ride from Sucre. We went with El Dorado who are the most expensive company but are supposedly the best. I was still recovering from food poisoning so wanted the best service available to be comfortable and get there in one piece.

Although the bus was comfortable, it certainly didn’t offer a quality service. There was a toilet on board but this was locked and no one could use it (as Bolivian bus drivers are required to clean the toiletes themselves they are notorious for leaving them locked). This made me nervous for the entire journey in case I was ill again and needed to go – it also meant that when the bus did stop for a toilet break (at 1am) the toilets were vile and basically a hole in a shack at the side of the road.

After spending time in Potosi and Sucre, I was not that excited about visiting La Paz. Apart from not being overly excited by its reputation of a party town with many tourists flocking just to try the cocaine, I didn‘t know whether it would be much different than the rest of the cities.

History of the City

Founded as a centre of Spanish power (when gold was discovered) La Paz is the city that touches the clouds. Sitting in a valley in the Andes Mountains it is truly unique. The city’s buildings cling to the sides of the canyon and spill spectacularly downwards. On a clear day, the imposing showy, snowy Mt Illimani (6402m) looms in the background.

The first thing we wanted to do in La Paz was go take a glimpse of the famous San Pedro prison. Click here to read our full blog on how that went.

We then visited the Witches Market in the centre of the city which sells charms and potions for Aymara rituals, as well as souvenirs. The witches market, which is run by run by local witch doctors known as Yatiri, includes potions, dried frogs and medicinal plants like retama and armadillos used in Bolivian rituals. I‘m not going to lie, the llama fetus‘s are pretty creepy. Apparently you are meant to bury them under the foundations of your house as a sacred offering to the goddess Pachamama (Mother Earth). 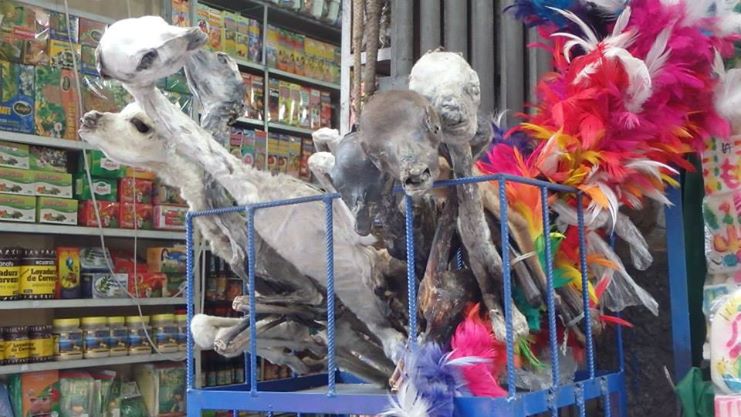 Travellers and Their Clothes

I have to mention this in my blog. I know I am guilty of buying my wonderful llama jumper, but the amount of tourists filling La Paz (and Bolivia/S.America in general) with clown pants, llama bags, llama jewellery etc. etc. is so hilarious. The funny thing is, everything they sell in every shop is exactly the same, so it is not artesan like they are making it out to be. 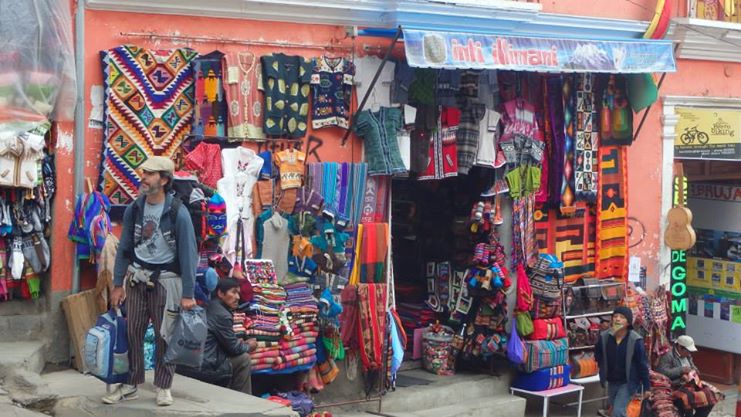 I managed to hunt down a genuine boutique store in La Paz selling vintage Levi jeans which were embossed with traditional Bolivian artwork. Finally, something original and so refreshing from the same stores we walk past anywhere there might be a tourist.

For a viewpoint of the city hike to Mirador Killi Killi. Before we did it we read blogs which described it as a killer of a walk and advised getting the bus. I struggled as my stomach was sore from food poisoning but it was no where near as bad as people had made out, just slightly hard to find as no roads have signs.

The view at the top reinforces just how far up the valley all the houses and buildings go – it is so vast! You also have a pretty spectacular view of the Valle de la Luna mountains (not the same Valle de la Luna you can visit from San Pedro). At first we thought we could just see cloud in the distance then realised it was actually a snowy peak – pretty cool. 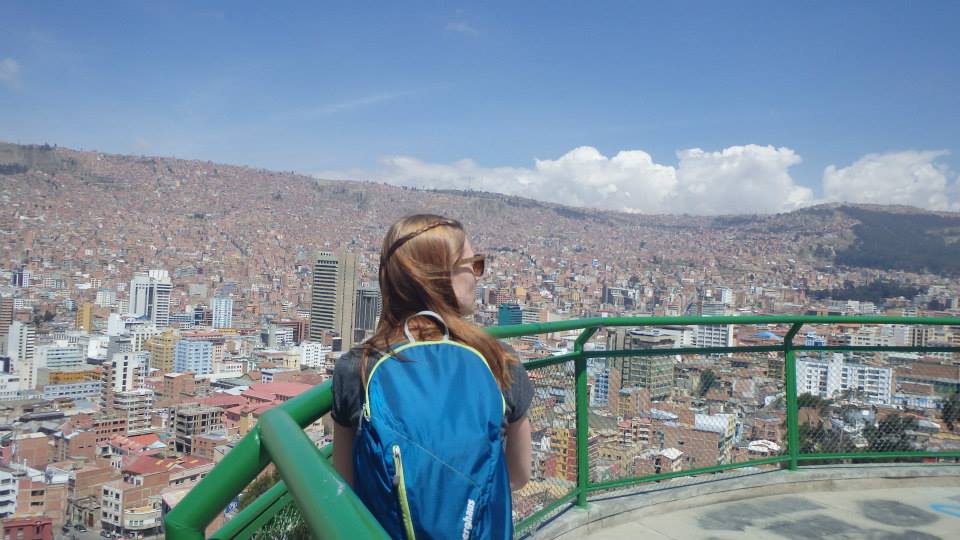 This plaza is the perfect place for a hang-out. We said hello to the guards outside the president‘s house who were more than happy to have a photo. We ate ice cream and chilled with the locals who all seemed to be entertained by the pigeons…I kept far away!

A little gem of a street just 15 minutes walk from the centre of the city is Calle Jaen. We stopped for a coffee and looked in a few shops before deciding on which of the many museums we were going to visit. 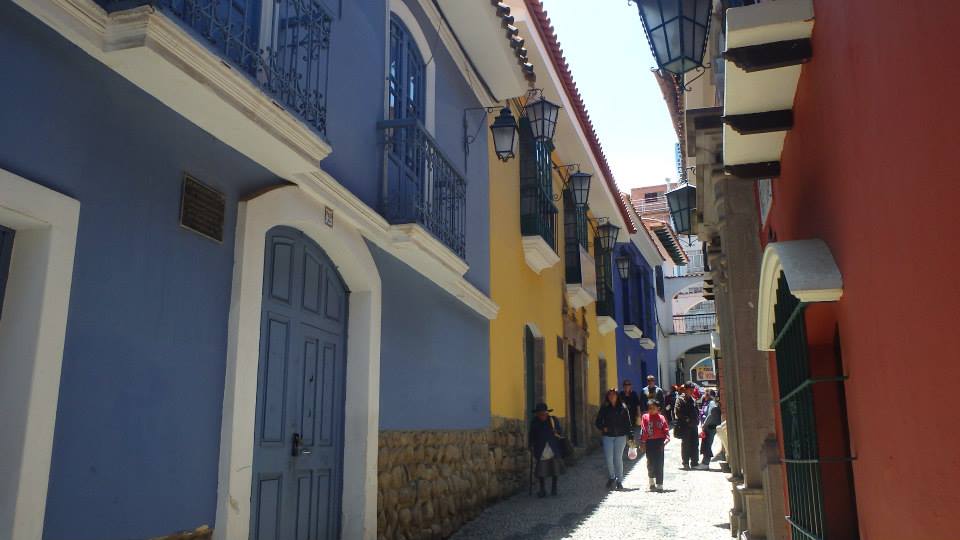 If you have some spare time in La Paz the music museum is a great way to kill an hour or so. It is interactive, meaning you can not only read and listen to the many different instruments Bolivia has to offer…you can also play on them! 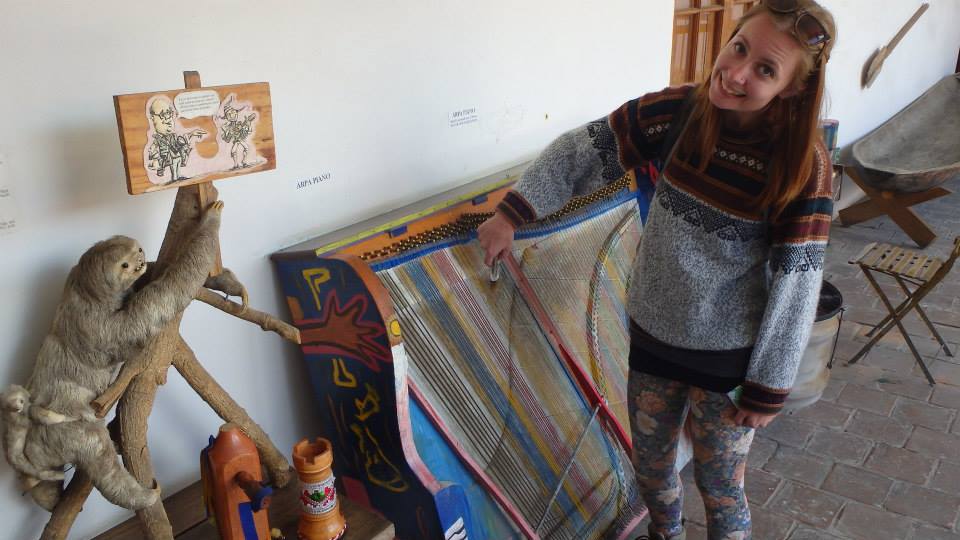 La Paz ascends almost 500m up to the cliff-edge city of El Alto (the world’s highest major metropolis at an elevation of 4,150m) which causes commuters painful amounts of traffic zigzagging up and down between the two cities. The new cable car has been built to transform the lives of commuters to ease traffic in the city and reduce travel time. It‘s also a great way to view the city showing off the Andean peaks!

We took the journey up on a manic Sunday morning to visit the notorious market in El Alto. The queue was horrendous so we splashed out on fancy cards (tarjetas), whose queue was miniscule in comparison. It was really exciting and you could tell it was such a treat for the locals too who were all taking selfies in the bubble.

Hopefully enough of the population will be able to afford it to keep it running and to fund the cost of more cable cars to be built. 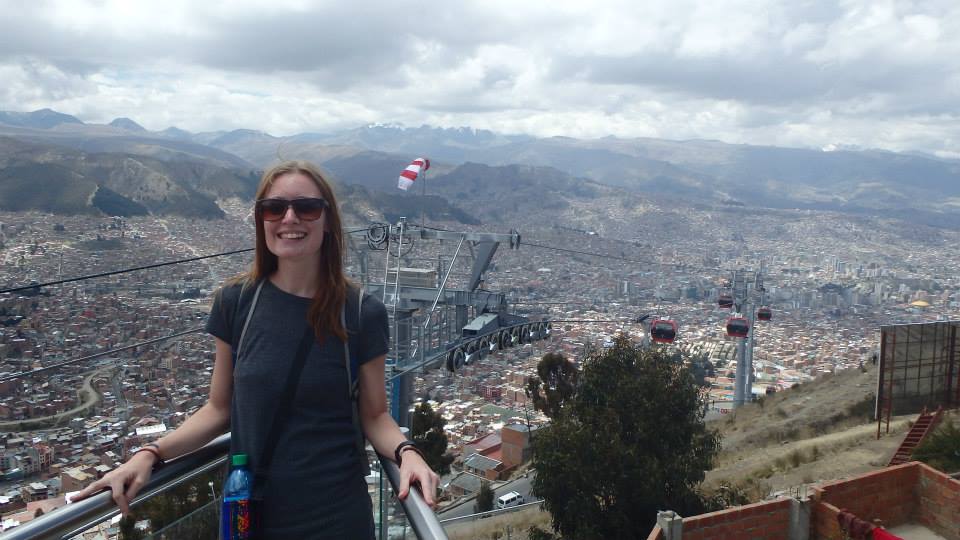 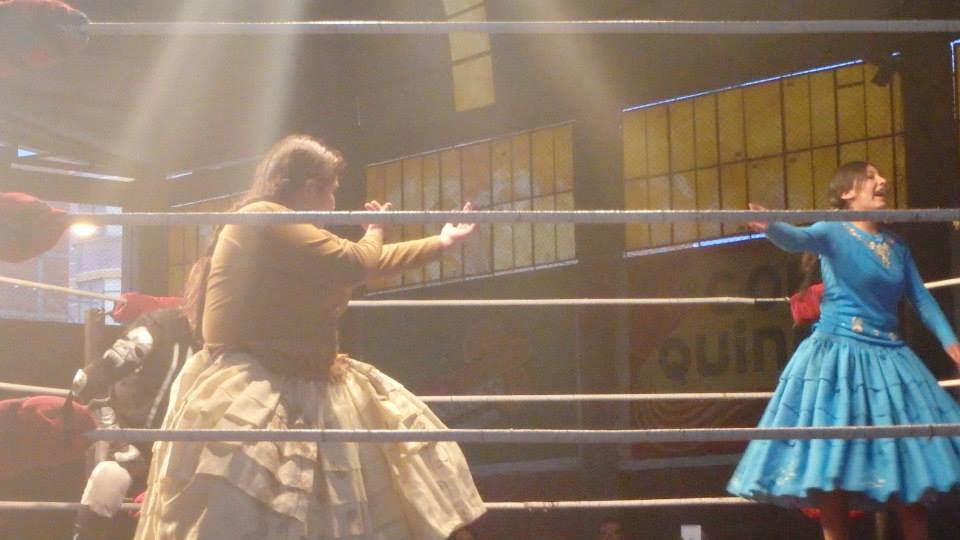 In the evening we heading up back to El Alto to watch the fighting Cholitas. They are female lucha libre wrestlers who perform in El Alto, Bolivia. The Cholitas are part of a group called the Titans of the Ring, which includes both male and female wrestlers. The Titans perform each Sunday for an audience of hundreds at El Alto’s Multifunctional Center.

The Cholitas are indigenous and they wear braided hair, bowler hats and multilayered skirts in the ring (they do take their earrings out though!). Check out the video below…

It was a good laugh (when you begged for beer as it is not obviously on sale) but we wished we were able to sit with the locals instead of round the ring with the other tourists. The locals really get into the spirit of it, throwing popcorn and banana skins at the baddies.  Try not to take it too seriously and you can have a great time! 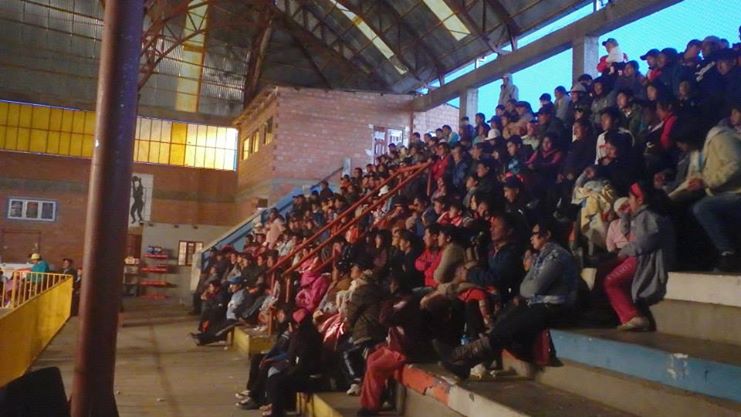 Sopocachi is a residential neighbourhood in La Paz which offers some of the best nightlife and restaurants. It is surrounded by gated houses and feels completely seperate from the rest of the city. We tested it out for some nice wine and a tapas board. It was the closest we have found to decent quality (European) cheeses but it almost felt too forced and had no atmosphere…so we went back to the centre for some street food. 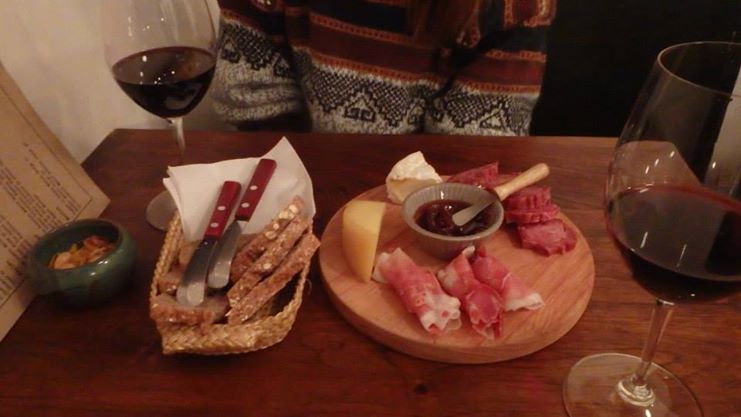 The local restaurants have some fantastic set menus for a couple of Pounds and are far more authentic and leave you feeling full and satisfied.

Despite the fact that we did no partying in La Paz (blasphemy to most travellers) I felt that it was definitely worth visiting the city. I did, however, leave feeling like I needed a warm shower and something a bit more established.