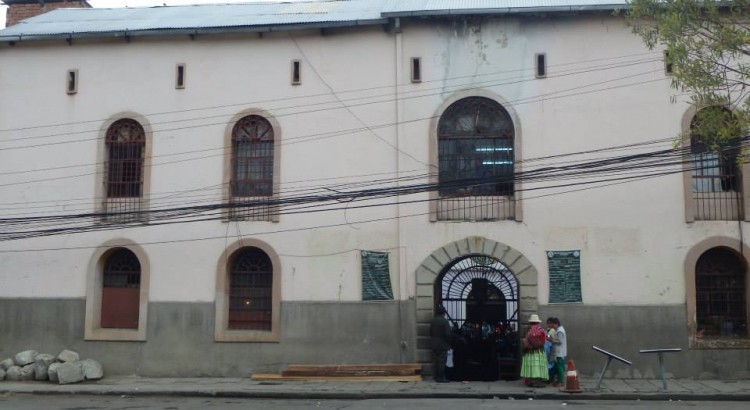 Anyone who has read the book Marching Powder will be only too familiar with San Pedro Prison in La Paz, but if you haven’t it’s difficult to believe the truth about San Pedro.

The fact that makes San Pedro so different from conventional prisons is that it is a community within itself; inmates have to buy or rent their own cells (often meaning their families are forced to live inside with them) and have jobs inside the community to pay for meals at the various restaurants and shops.

“The prison is home to approximately 1,500 inmates (not including the women and children that live inside the walls with their convicted husbands)”

Each section within the prison (Posta, Pinos, Alamos, San Martin, Prefectura, Palmar, Guanay and Cancha) is run by elected officials – all inmates themselves – who help maintain the residences, define laws and keep the peace, often through violence.  Rusty Young, author of Marching Powder writes on behalf of Thomas Macfadden that each section committee even has a Treasurer and a Secretary, who witness the sale of deeds to cells in a make-shift real-estate market.

“The wealthiest area “La Posta” provides inmates with private bathrooms, a kitchen, and cable television … Wealthier inmates can buy luxury cells, that may include 3 floors, and a hot tub. One inmate paid for a second floor extension to be built on his cell, giving him views across the city”

Although the prison sounds fantastical, it does in fact represent all that is wrong with South American society – corruption, violence and drug trafficking – all of which play a small part in making San Pedro what it is.  Most of the cocaine which is produced in Bolivia originates from San Pedro providing income for  a large proportion of the inmates and the guards themselves.

Our First Glimpse of San Pedro

While walking around the main square in La Paz, trying to get a look at the prison, the first thing we saw were real life inmates stood on their roofs hanging out their washing. We stood and watched for a while as we saw women and children strolling in and out of the prison like it was completely normal (because to them it is).

We also saw inmates being escorted out of the prison and put into taxis and vans to go to trial. Most did not have handcuffs on and one even went for a stroll around the square with his escort, looking for a taxi to hop into.

After trying to take a couple of snaps, we we’re waved away by the guards and went for a walk through the square to recover from the amazement of seeing children go into that place.  It was then that we met Dave. 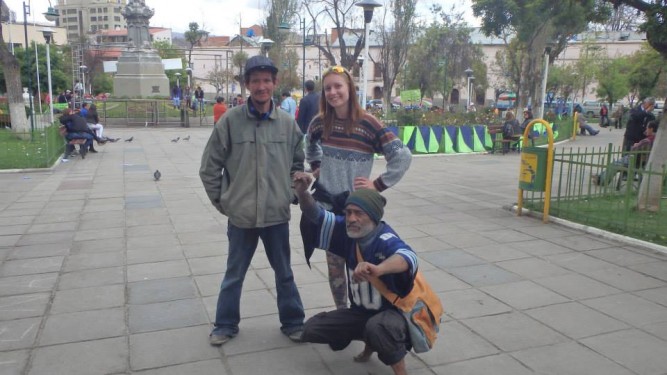 We bumped into an American-born San Pedro inmate, called Dave.  Dave has served 14 years in San Pedro Prison for drug trafficking and was allowed on day-release in his final few weeks as a convict to try and find a job (something which he tells us is extremely difficult if you’re not a Bolivian).

After a rough few years in San Pedro (ear half ripped off and shattered elbow, thanks to being an American / gringo) Dave is currently volunteering and giving out flyers for a local tour company – a good opportunity to meet tourists and tell stories for a few coins or a hot meal.

Reading the book is eye-opening, but there is something about meeting an inmate which makes the stories (albeit factual stories) come alive. I never had any doubt that the book was accurate, but meeting Dave makes it entirely real.

He told us about meeting Thomas Macfadden (the man about whom the book is written) and even Rusty young once (“he looks like the kid from Nirvana”). Dave even pointed at the ladies on the main square selling sweets and told us that they are mostly the wives of inmates, using the sweet stalls as a front for selling cocaine (which happens to be some of the purest cocaine available in South America, being sold for around 50 Bolivianos, GBP 4.90).

The book provides a real insight into the life of a prisoner inside San Pedro and makes for an amazing read. I strongly suggest you check it out.  But if not, you should had least read the Wikipedia page!