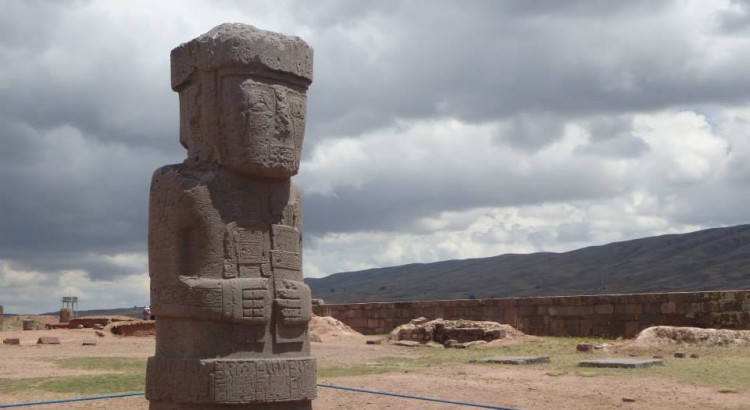 Tiwanaku is 72km from La Paz (takes about 1.5hrs drive) and is recognised by Andean scholars as one of the most important civilizations prior to the Inca Empire; it was the ritual and administrative capital of a major state power for approximately five hundred years.

Tiwanaku had a population of 100,000 people and is said to be the first home of the Incas. On the way to Tiwanaku you pass through Laja, a town founded in 1542, which was originally set to be the capital of Bolivia (before the found gold in the current site of La Paz and changed their minds!)

Only a fraction of the site now remains, all the adobe houses have gone and only some of the temple remains uncovered. 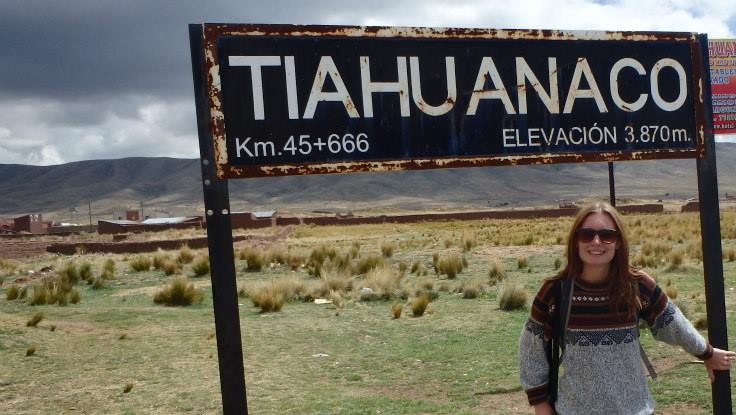 Tiwanaku has been a UNESCO world heritage site since 2000 and a percentage of the money from the tickets sold goes towards the work that the architects are doing.

The sad thing about the site is that only 5% of the valley is being investigated. The other 95% is privately owned. I couldn’t believe that people build homes on the site and always come across ruins!

The reason why they find artifacts is that the entire site is actually now underground. When it was all covered up the area was a potato field!

Walking around the site it is quite difficult to know which is ruin and which is modern man made. However if you look closely you can tell the ruins by the precise and geometrical nature of the walls and sculptures. 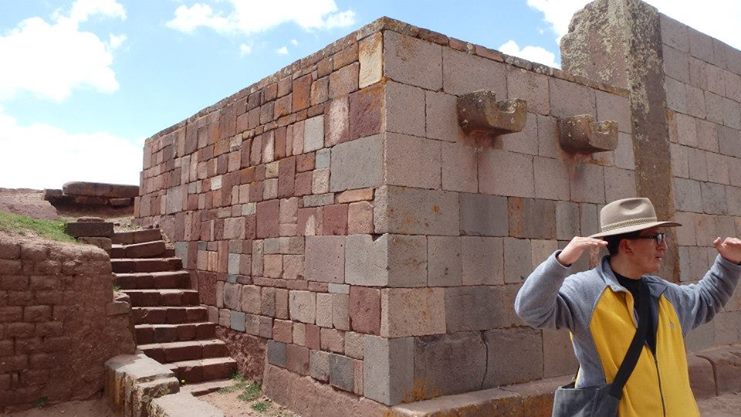 Much of the temple was made using granite from a nearby volcano, held together with metal staples. The Inca’s technique was very similar to that used by the Egyptians. The temples were built in the Bronze Age and when the Spanish began to colonise Latin America they brought iron with them.

The image below is of a door or ‘sun gate’. The door has mythical figures of men with wings and is also a calander. They were extremely clever in mathematicsand astronomy, my brain was hurting just from the explanation! 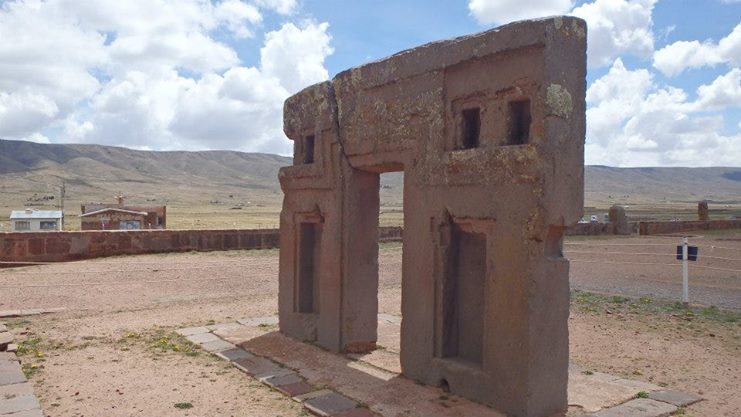 They had a fascinating system for acoustics. They used these for rituals and the stone is sculpted like a human ear in order to project noise in and around the temple. 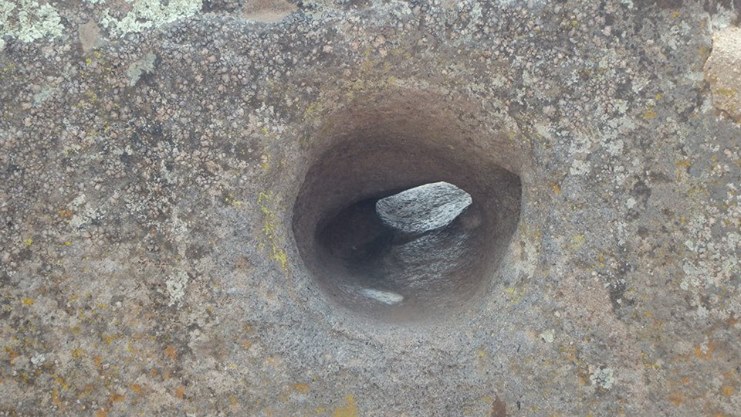 These figures are called monoliths. This stands for mono (one) lites (stone), as they were all carved using one giant piece of stone. They each represent symbols of religion and astronomy with their different carvings. 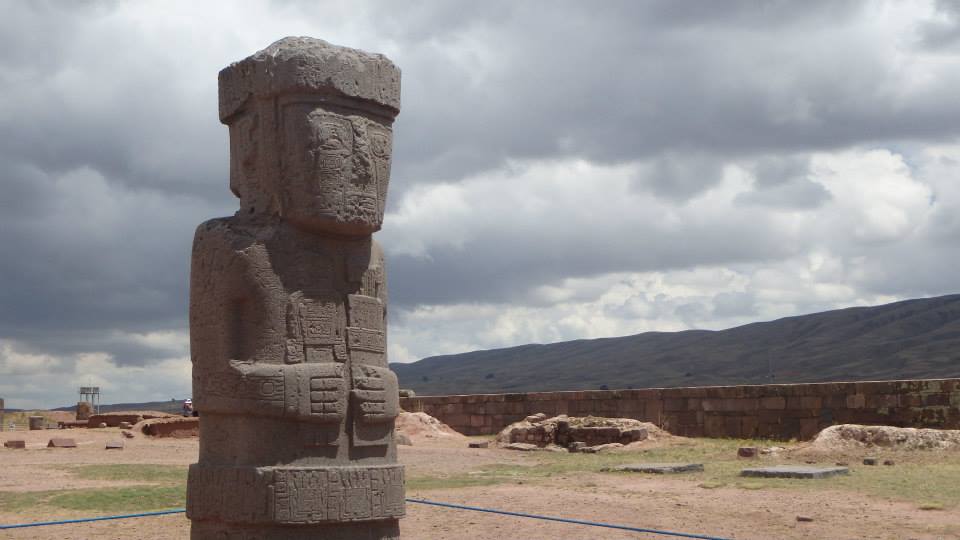 Unfortunately, when the Spanish came they defaced the majority of the monolites as they were pagan sculptures conflicting with their Catholic faith. They cut off their noses and occasionally engraved Christian marks on them. In the picture below you can see a faint cross that was grafittied on. 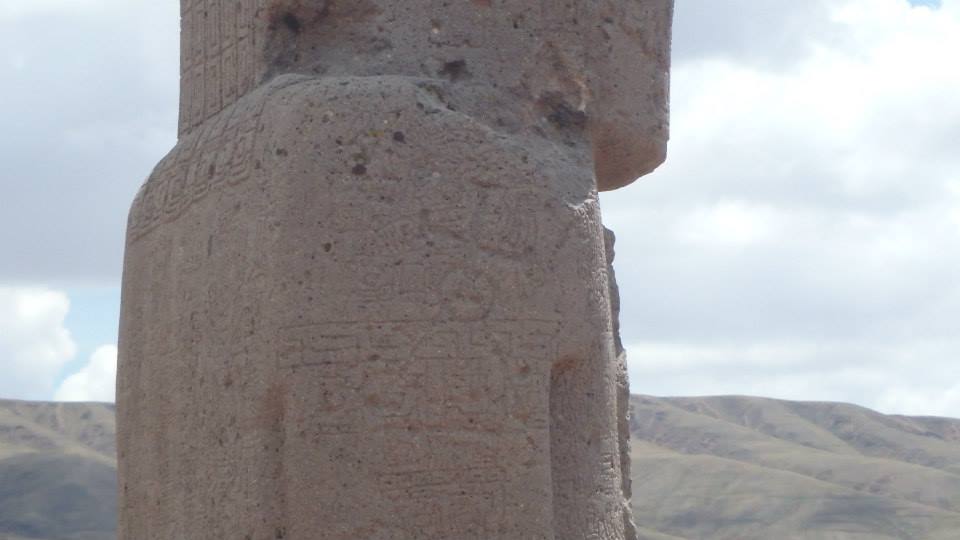 Walking around the ruins you can see the archeologists working on the site. They don’t use brushes, slowly examining pieces of rock, but instead use rakes and hammers! 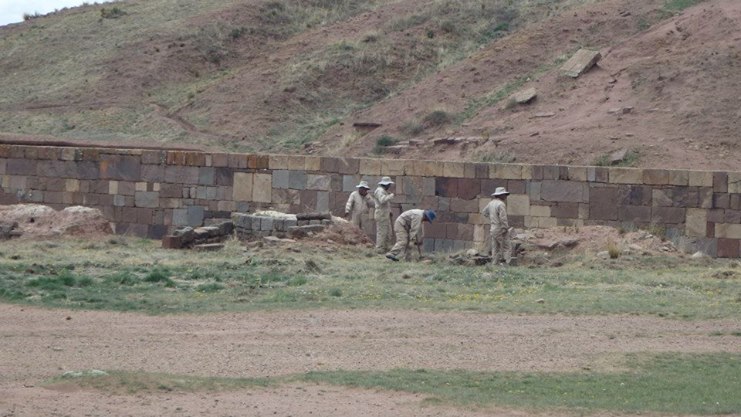 Even the women and children go digging in the site to see what they can find! They always find micro artifacts like bones, jewellery, ceramic pots and arrows. That day our guide had even found a green bead from an old pìece of jewellery and just kept it. 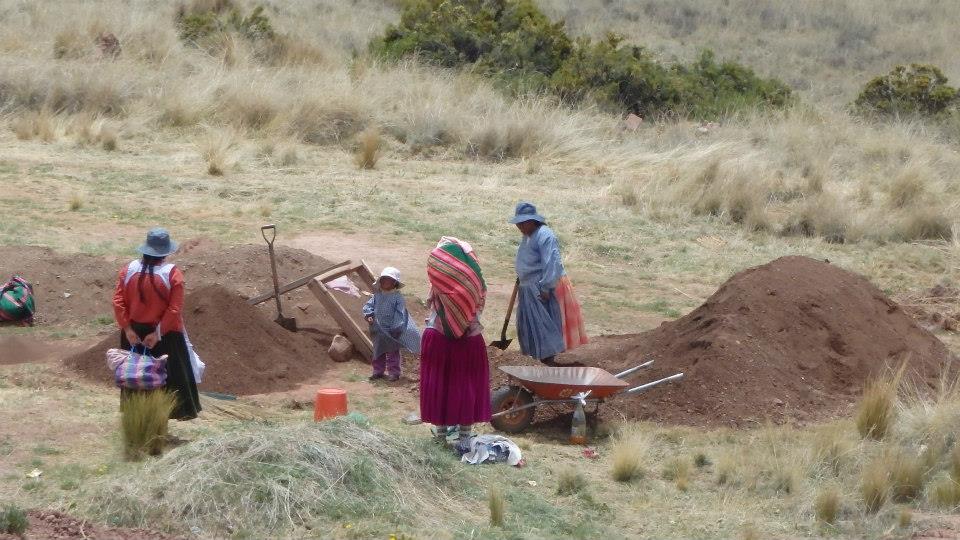 The photo below shows a part of the temple that was built with lots of heads coming out of the wall. These heads represented important people of the times but some are lead to believe that the white ones (made out of limestone so have deteriorated) are actually aliens and astronauts! This is because the Incas were so clever people thought aliens had come and seen them! 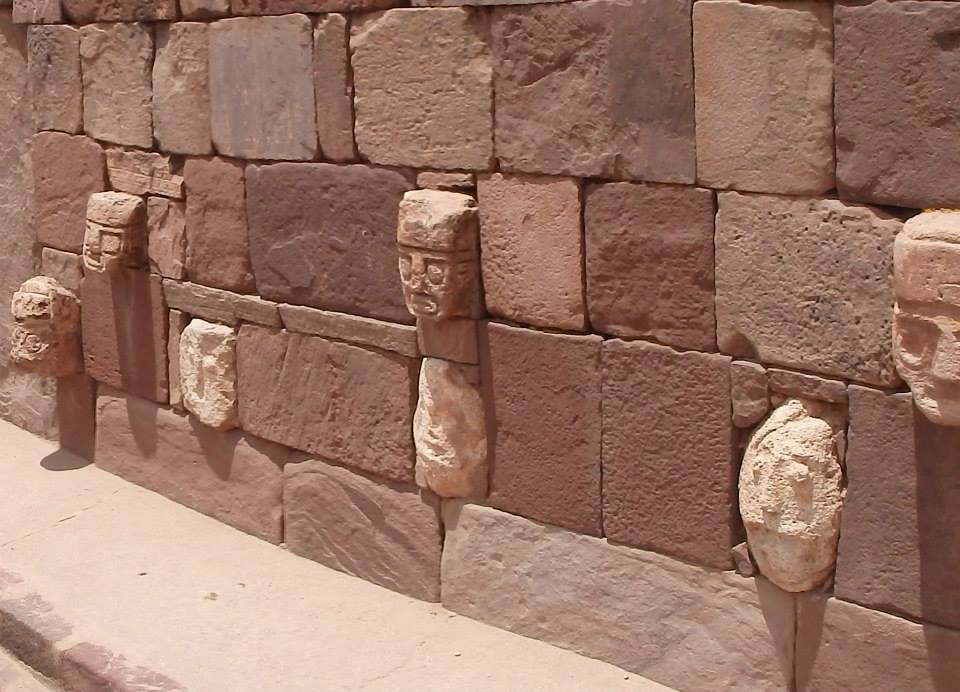 We then went to visit the Pumapunku temple. Here is a very clear example of how much skill and technique was needed by the Incas to create the stonework. They understood systems of calculation and their knowledge of geometry and astronomy was advanced. 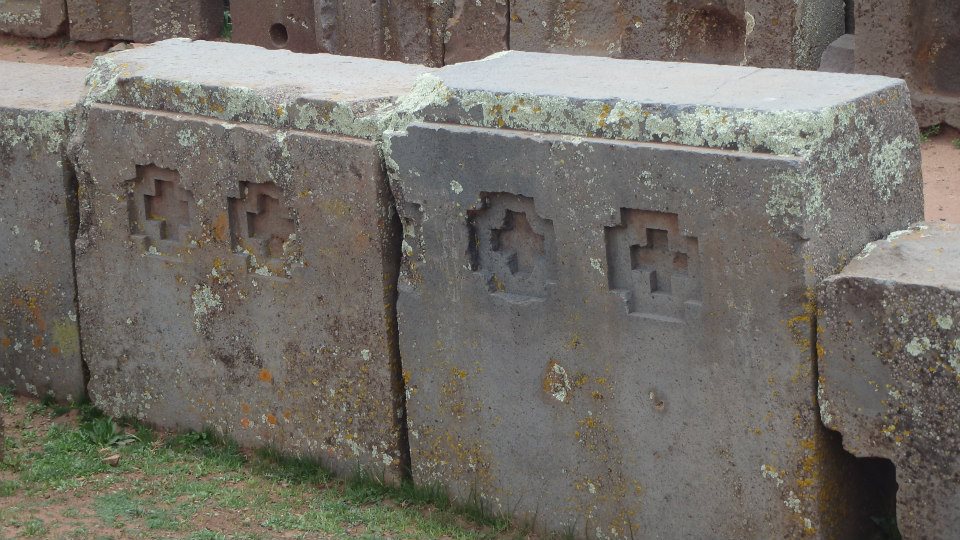 We visited the ceramic museum where the guide explained about the artefacts and what they symbolised. Unfortunately we were not allowed to take photos in this museum or the next one.

We were not expecting what we saw next. We went into the Lytic Museum which housed many monolites that had been rescued from Tiwinaku. We also saw the famous puma man sculpture. The puma, to the Incas, represented the power and strength of the Earth surface.

From here we entered another room and were faced with a gigantic monolith! She is called Pachamama Monolith signifying the “mother earth” and dates back to 300 CE. Pachamama is 7 meters high and made from a 19 ton sandstone pillar! Very impressive.

Visiting Tiwanaku is well worth the day trip from La Paz and has so much history and theory around it, which continues to stay alive today. Present-day descendants of the original Tiwanaku people still visit the ancient city on the morning of the winter solstice to make ceremonial offerings of coca leaves and alcohol to the mountain gods.