Baños (de Agua Santa) is a small city in the Andean highlands of Ecuador situated under volcano Tungurahua. Its name, which is Spanish for “Baths (of sacred water),” comes from the famous hydrothermal springs in the area. It’s equally popular with foreigners as with Ecuadorians, and is an important hub for outdoor sports and jungle tours.

We had a bangin’ time in Baños and after a 10 hour overnight bus from Cuenca we didn’t even go to the hostel for a nap before we went straight into our first adrenaline fuelled activity. Here’s our top picks of how to spend a few days in the adventure capital of Ecuador.

There are two options for ziplining in Baños. The one we chose is called the Puntzan Canopy, which is about 15 minutes from Center City. Here there is 2000 meters of cable that runs through 6 different points over spectacular views of the landscape including waterfalls, rivers and rolling mountains that you can see for miles. You get to try many zip-lining styles from upside down to superman/superchica! The other option is for the more daring and it includes being tucked up into a ‘burrito’ and being sent off through a cave. As this was my first time zip-lining we opted for the slightly more relaxed option, which is also cheaper for those on a tight budget. 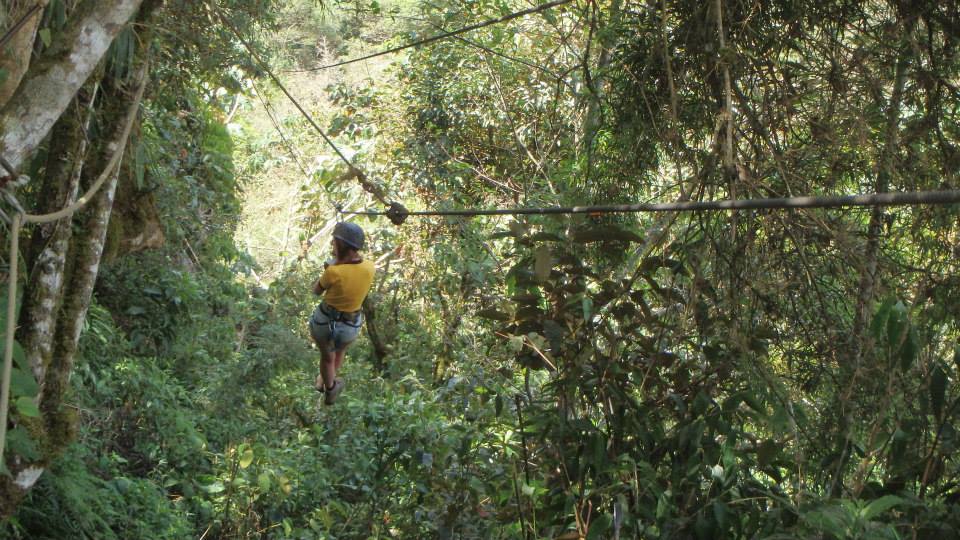 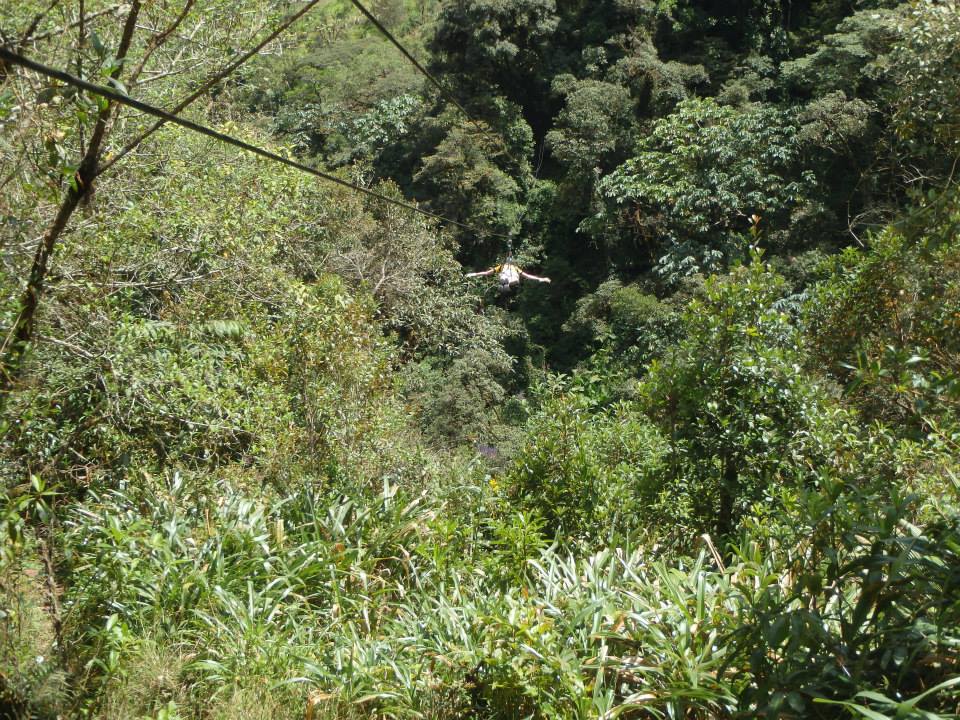 If you have never heard of this before, which I hadn’t, it basically means abseiling down waterfalls…crazy! Originally Paddy was going to tackle this alone, but after how brave I had been and somewhat unfazed by the heights during zip-lining I felt brave and signed up.

Our trip started with the short 10 minutes journey to the waterfalls from Baños. Chamana is a highly accessible canyon formed by volcanic basalt and has waterfalls from 8 meters to an incredible 41 meters which is great for all different levels of experience. May I just add that I did not know there was a 41 metre high waterfall at this point! 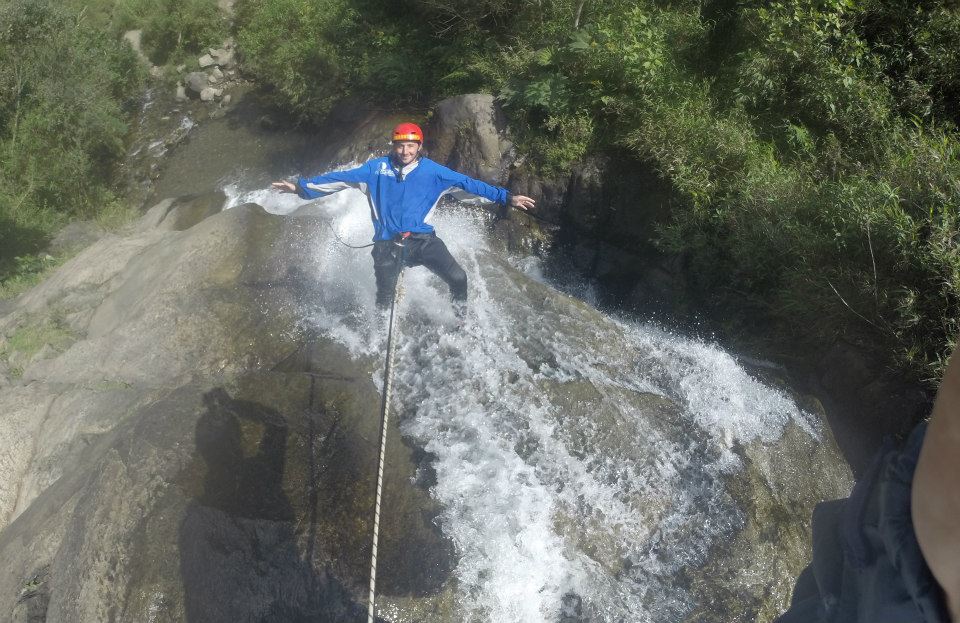 We had a comprehensive safety briefing (albeit in Spanish) where we learnt how to use the ropes, how to abseil and what to do if we fell. We then climbed to the top of the first waterfall which was 8 metres high. After much falling over, in my case backwards so I was upside down hanging not at all elegantly while the strong current continued to thrash into my body, we made our way down jumping backwards into the basin of the waterfall at the end. 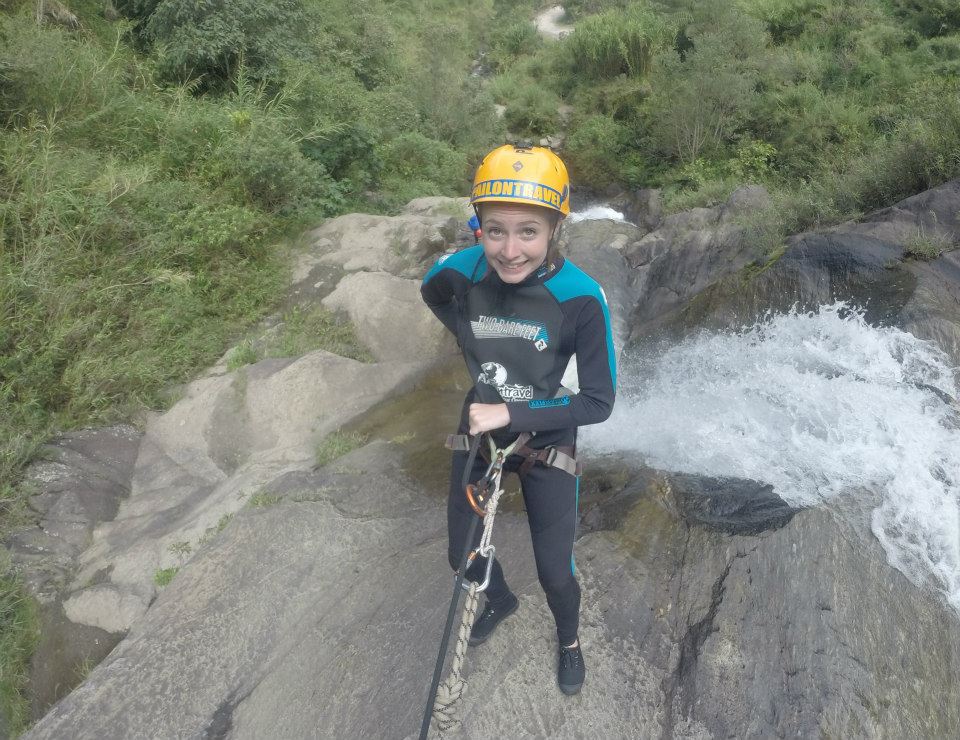 After 2 waterfalls we then did a few slides where we had to lie down in the waterfalls and let the current push us along. As a final challenge, just as we were all feeling confident, we had a terrifying jump off a waterfall which is 41 meters high! The jump is only in fact 10 metres of freefall and you are lowered the rest of the way but it was extremely terrifying. To cut a long (very long) story short I had no choice but to do the jump because climbing back up the waterfalls we had just slid down would be too dangerous and I would have risked falling and breaking my ankles.

After the jump we headed back to base for a cup of tea and popcorn. All in all the experience was amazing and a definitely must…I just would have rather not done the terrifying jump!

A slightly tamer activity to give your heart a bit of a rest is visiting the zoo. There are two located next to each other just 5 minutes from town and they are ridiculously cheap to enter and have some fantastic animals including lions, a jaguar, loads of monkeys and lots of beautiful brightly coloured birds. 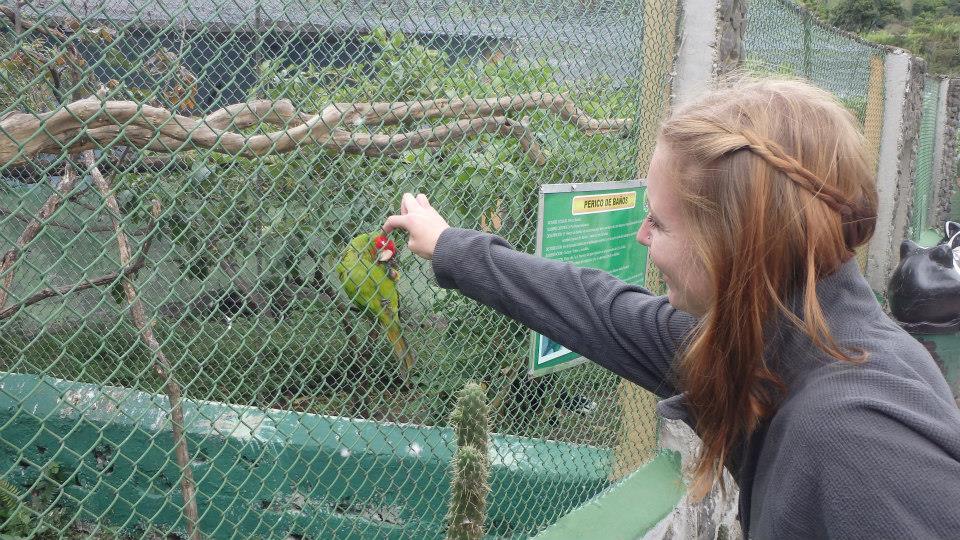 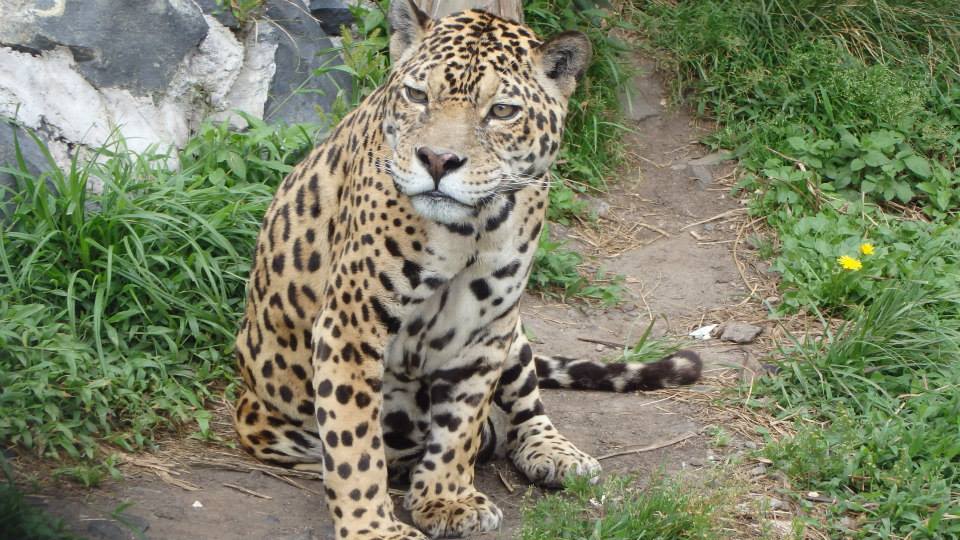 4. Puenting (jumping off a bridge)

You’ve guessed it, I didn’t do this one, but we watched lots of people and that was just as terrifying. We took our friend Jeff who wanted a go and with no exaggeration he had paid, been harnessed and jumped off all in about 4 minutes only just giving us time to switch the camera on. 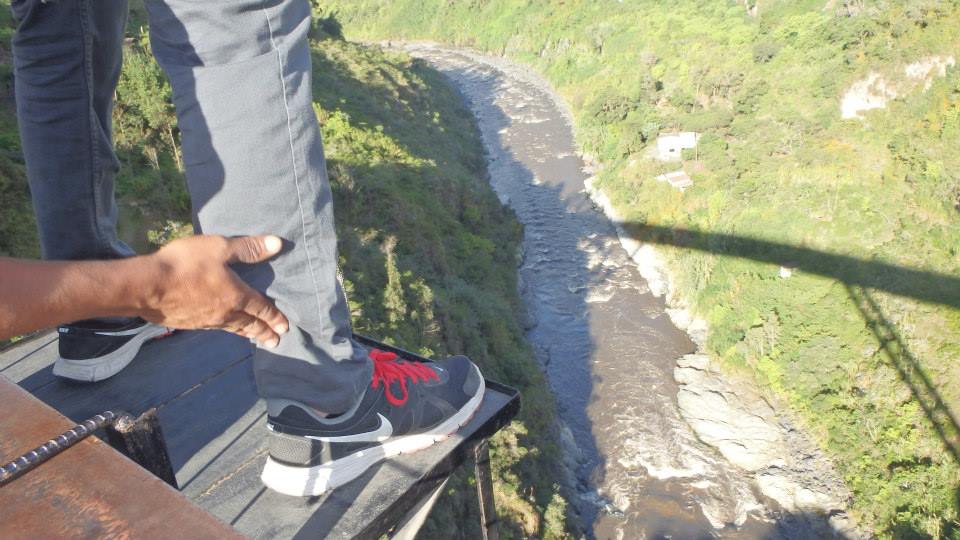 Jeff said it wasn’t as scary as the waterfall jump, which made me feel good, but that it definitely got his adreneline flowing…so much so that he wanted another go straight away! 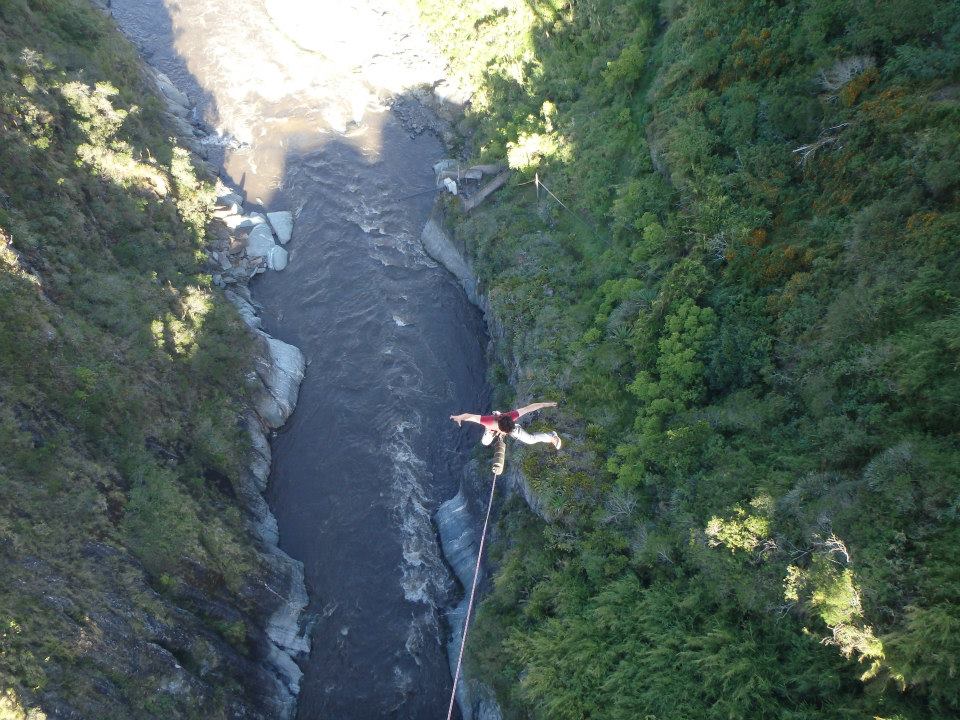 There is a lot to see in Baños that is slighty out of town and normally we would choose to walk but this time we opted for the faster and more firery option of quad biking. We got a reduced rate by booking 2 activites with the same company so bare this in mind when planning your trip.

We spent our time visiting the waterfalls, which take you on an awesome ride through tunnels. One of the tunnels was pitch black that was pretty terrifying when all you have is a tiny little quad bike light. Fear not though,as we later found out that it does normally have lights! 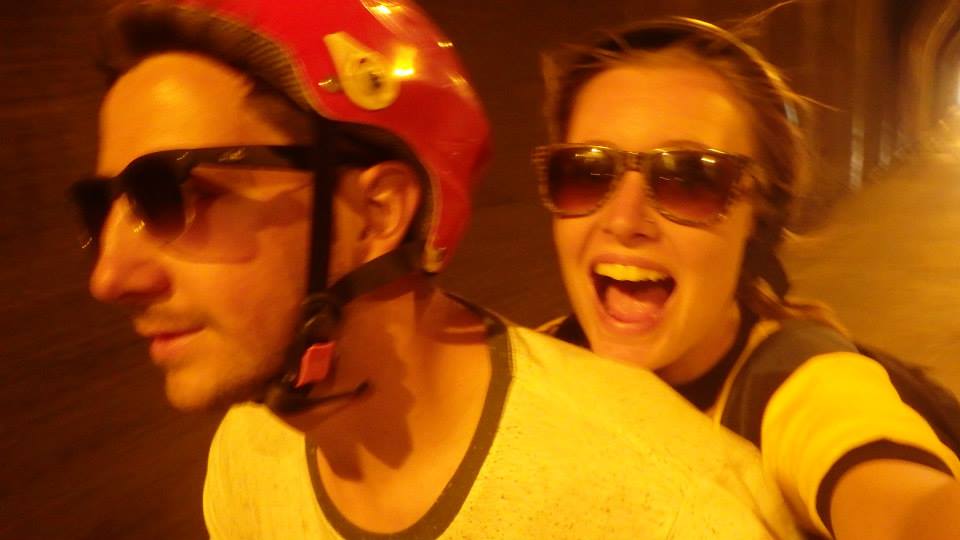 We also travelled up the mountains to visit the Swing of Death and did a cheeky bit of off roading. All great fun 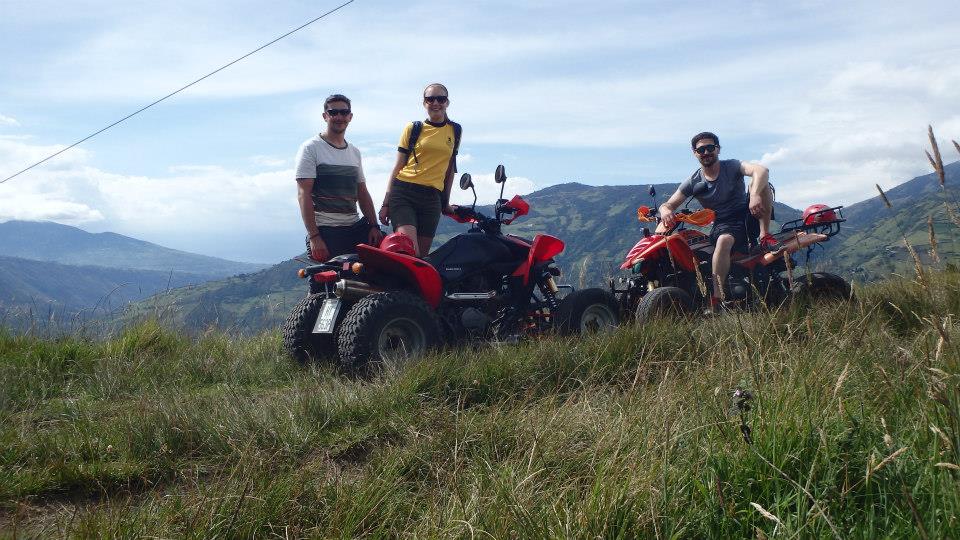 The Casa de Arbol is a house built in a tree used for observing Mt. Tungurahua, the active volcano in the near distance. 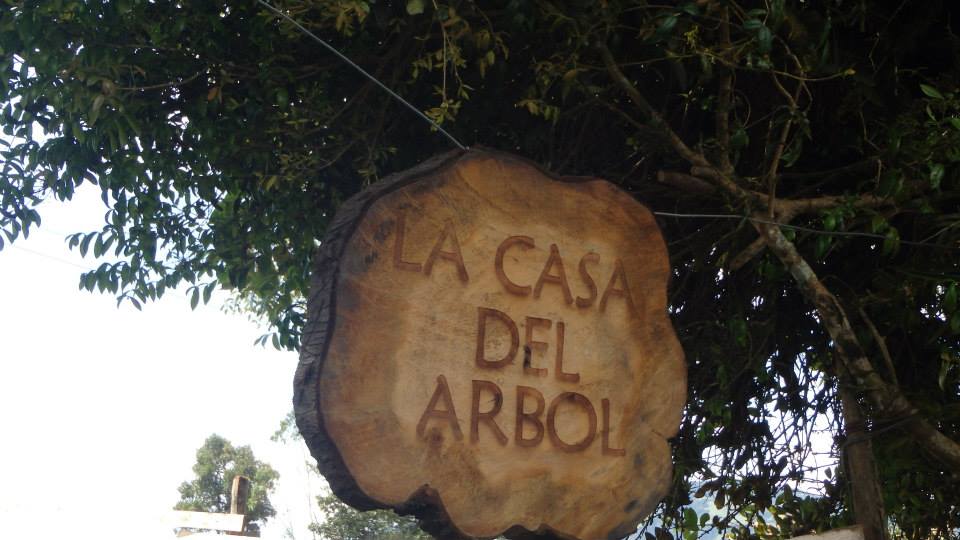 Although the house is quaint and a fun lookout point, the real attraction is the rickity swing hanging from one of the tree’s skinny branches. With only a small piece of rope that you clip in front of you and the swing itself nothing more than a thick stick suspended by two ropes you will be arced out into the void over the canyon.

However, in reality you are swinging over a steepish hill, about 100 feet up. It looks a lot more daring than it actually is. 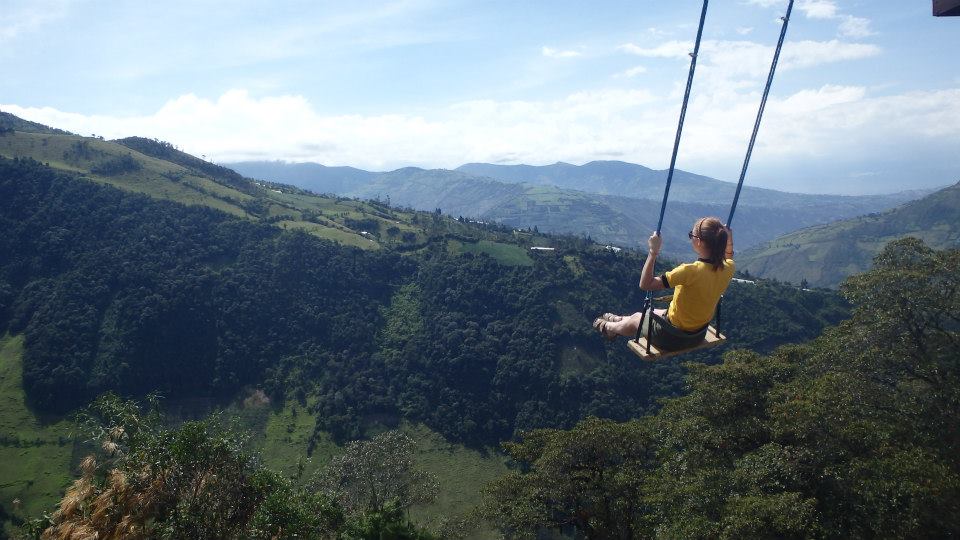 Obviously you can also visit the famous thermal baths. Surprisingly, we didn’t do this because we have already done quite a few and due to being there on a bank holiday it was horrendously busy, but you can read a blog about it here to find out more.